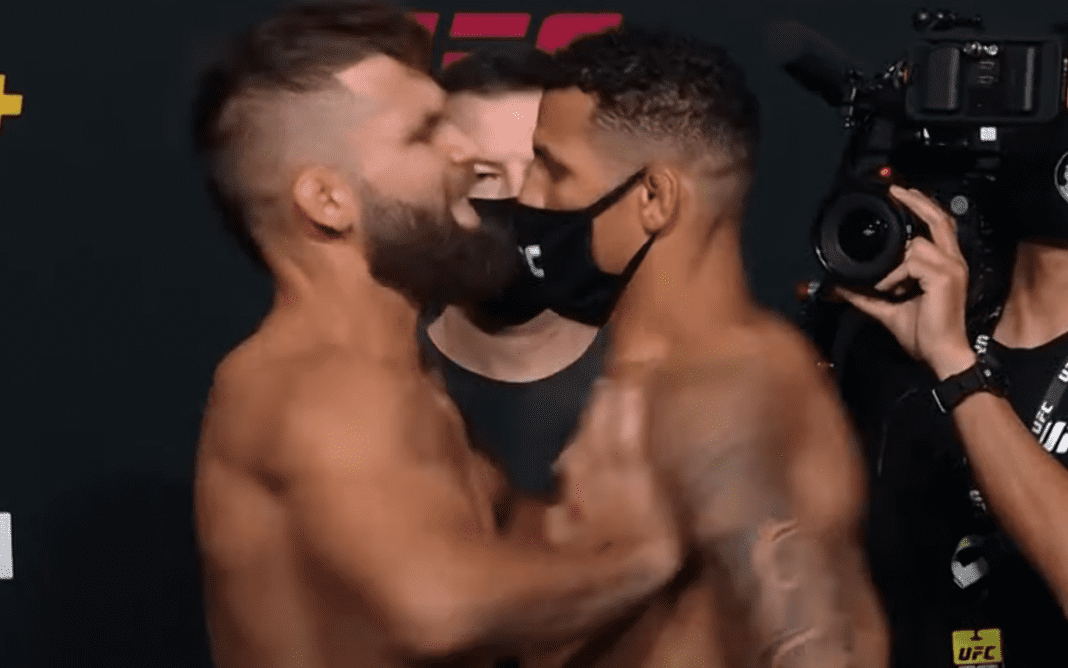 Drakkar Klose suffered a number of issues due to the push he received from Jeremy Stephens.

The pair were scheduled to compete in a lightweight co-main event at UFC Vegas 24 last night. However, the fight was called off after Klose had to pull out with the reason stemming from Stephens pushing him during the weigh-in faceoffs.

As it turned out, Klose suffered a cervical sprain of the neck due to extreme whiplash while he also got concussed.

“Per Drakkar Klose’s team, they just got their CT scan results back:He suffered a cervical sprain of the neck and a concussion as a result of the push. No sign of dehydration or anything that could come from a bad weight cut.”

To make matters worse, he woke up the next day with a migraine and nausea before ended up puking a couple hours later.

The fight is expected to be rebooked soon, but it’s certainly not a good look for Stephens or even the UFC for that matter. Hopefully, the former is reprimanded in some form.