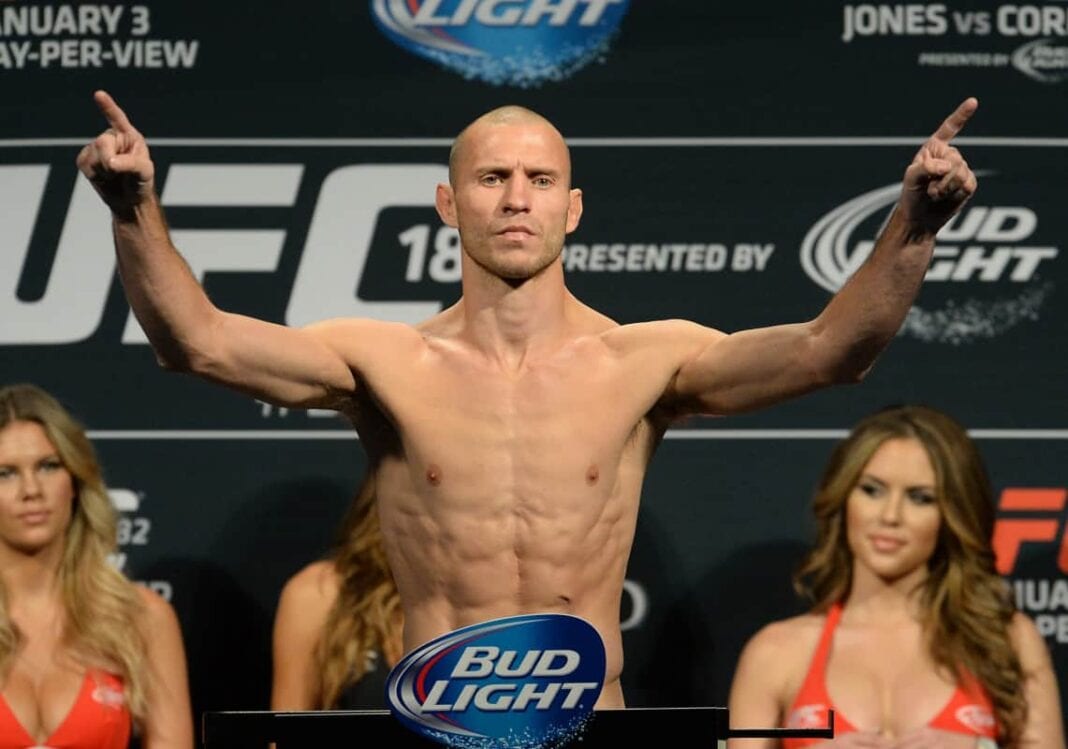 No. 3-ranked lightweight Donald “Cowboy” Cerrone has never been one to wait around for a fight, and as a result, has become one of the most active fighters on the UFC roster. However, after competing eight times over the last year and a half, and putting together an ultra-impressive eight-straight wins, “Cowboy” finally said that he would wait for a title shot after his most recent win, a UFC 187 jaw breaking knockout of late replacement John Makdessi.

Well, it doesn’t look as if that kind of thinking has lasted too long for the always game Cerrone. It was recently reported that current lightweight champion Rafael dos Anjos, who suffered a torn mcl amongst other injuries before his UFC 185 starching of former champion Anthony Pettis, would be out of the Octagon until at least December.

“Cowboy” doesn’t seem fond of waiting that long, recently taking to his official twitter account to voice his thoughts:

So I woke up this morning thinking I’m not really the sit around until December kinda guy??

Does this mean Cerrone will indeed compete again before getting a title shot? Well if he does, he could have an opponent ready to go in the form of No. 5-ranked Michael “Mennace” Johnson. Johnson was originally set to meet former champion Benson Henderson in the main event of the The Ultimate Fighter (TUF) 21 Finale, but an injury and Henderson’s decision to move up to welterweight caused that bout to fall through. Now without a fight, Johnson also took to twitter, responding to Cerrone and voicing his interest in facing off with “Cowboy”:

@Cowboycerrone perfect cowboy! I almost asked you at the airport if you wanted to sit around! Had a feeling you wouldn’t! Let’s get it going

Although Cerrone undoubtedly deserves a title shot, a bout against Johnson could make sense if “Cowboy” indeed doesn’t want to sit around and wait. Hey, maybe the Jackson-Winklejohn trained athlete will just have to clear out the division first, and then get the title.

It’s never a dull moment in the career of “Cowboy” Cerrone, but what do you think he should do next?