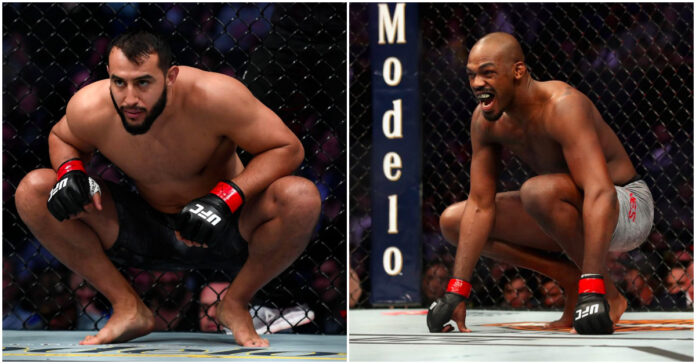 Not often do we get to see UFC light heavyweight contender Dominick Reyes talking smack away from the octagon but when we do, it’s usually directed at Jon Jones.

Reyes and Jones have a longstanding history with one another dating back to their fight at UFC 247 in February of 2020. Jones won a close battle via a unanimous decision to retain the title, a decision that was met with backlash from MMA fans across the globe.

Since the bout, the feud between the two has only amplified with Reyes never shying away from offering his opinion on Jones’ numerous transgressions. Most recently, he expressed a tone of sympathy towards the former light heavyweight champion’s current situation.

On an Instagram post from ESPN MMA highlighting Jones’ remarks on the recent heavyweight title unification bout, Reyes chimed in by saying “Poor guy. At the end of the day, he’s home alone in the basement writing mean messages. Get better bro,”

Given the relationship between the two, it is safe to assume that Reyes’s comment was served with a heavy dose of sarcasm.

What’s important to remember here is that Jones has not stepped foot into the octagon since the two went toe-to-toe. After the controversial win, there were reports that a rematch was in the works but Jones announced shortly after that he would be vacating the title.

With Jones teasing a move up to heavyweight for over a year now, it looks less and less likely that we will ever see these two settle their score inside the cage.

Reyes, on the other hand, is taking some time to recover as he has not won since defeating Chris Weidman in 2019. Still sitting at #7 in the rankings, he’s lost three straight dating back to the Jones fight, falling to Jan Blachowicz for the title then losing via vicious knockout to Jiri Prochazka.

Do you think Dominick Reyes was taking a shot at Jones or does he really feel bad for him?