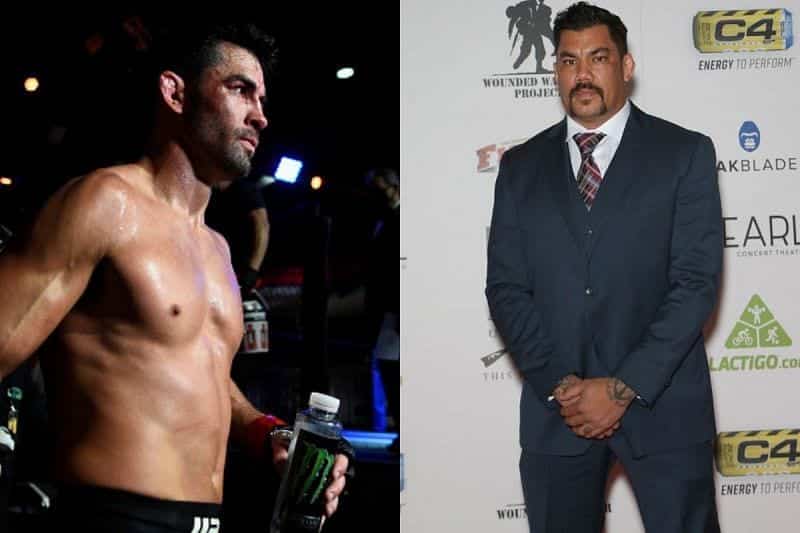 UFC Bantamweight legend Dominick Cruz had quite a post fight callout after his big Split Decision win over up and coming Casey Kenney this past weekend at UFC 259. Cruz called for a charity fight with Hans Molenkamp, a business development rep with Cruz’s longtime sponsor and a huge UFC sponsor in Monster Energy. Cruz was interviewed by James Lynch this week and had a few things to say regarding the callout:

“The company has reached out to me and they were very open-minded with me at the top,” Cruz told James Lynch. “…They reached out and they were very open-minded and they were hearing my side. I couldn’t really do that before. If you think about it, I’ve been with Monster seven-plus years and because of the person that I spoke about, if I was to talk to that person the way I did yesterday, I would have gotten a flood of text, a flood of calls like ‘What are you doing? Why are you talking to the bosses? You can’t be doing that, man, because then they start asking me questions.’ Like, why can’t I do that? So it was nice to get that call and it was nice to have that talk without hearing from that person.”

Monster Energy did end up reaching out to the future hall of famer, and so did the man he called out, Hans Molenkamp.

“That person has reached out to me but all he did was take a screenshot of our text message conversation before I did the post-fight interview,” Cruz said. “There was no words. It was just a screenshot of our conversation. So it was very passive aggressive, very his way of doing things. No communication just what does that even mean? He always pretends to be my friend to my face and then does shady things.”

While Molenkamp has yet to publicly address this situation, the former Bantamweight champ did say that this made more noise than he initially had anticipated, “I didn’t expect it to blow up like this. I just wanted to get – to me it’s a win-win. He’s gonna have a problem with me so let him get it out on me if he wants and charity wins. Like, legitimately. I fight people for a living. This isn’t new to me. When I fight somebody, I’m not mad at Casey Kenney I don’t hate him. We’re fighting, this is what it is. He brags a lot about being that so he’s in the same boat now. Let’s give you the opportunity.” (Transcribed by MMA Fighting)

While it seems pretty unlikely that this charity fight will ever take place, MMA is a world where “never say never” can be the truest of statements. Cruz meanwhile, has inserted himself back into the top 10 of one of the best divisions in the sport, and should be in line for another high profile fight against a top contender later this year.

Who do you want to see Dominick Cruz fight next?