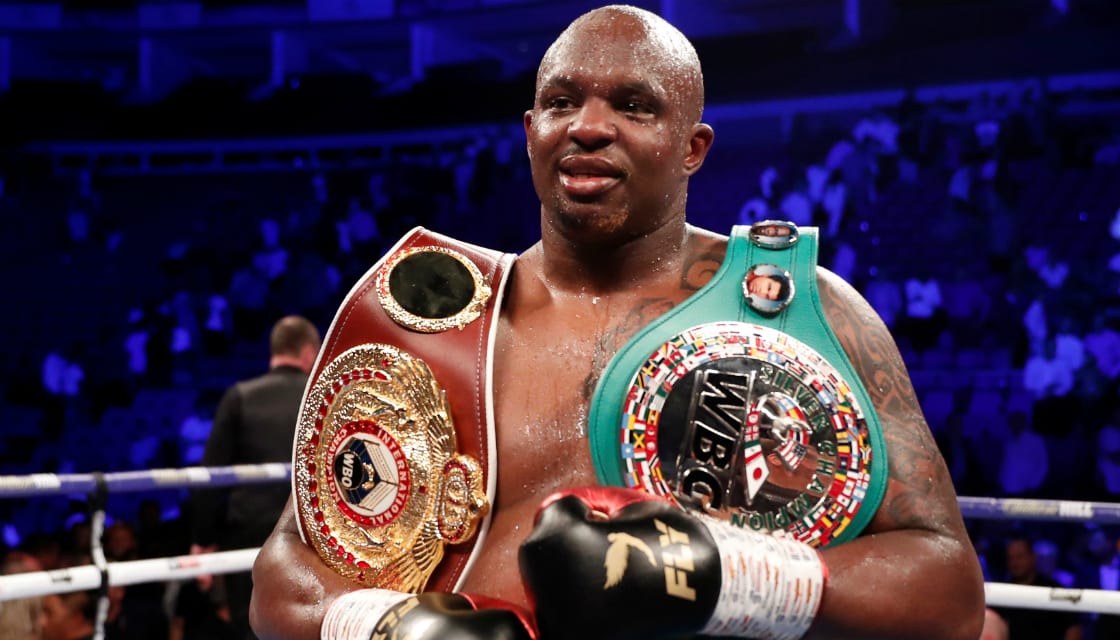 Dillian Whyte has a long-term goal in mind — being the heavyweight champion in boxing and the UFC at the same time.

Whyte is currently the WBC interim heavyweight champion and was set to face Alexander Povetkin in May where a win could have earned him a shot at Tyson Fury‘s WBC title next. However, that fight is currently postponed until July amid the ongoing COVID-19 pandemic.

But that’s not the only gold Whyte is targeting.

“The Body Snatcher” is also notably a former K1 champion and won his sole MMA bout in just 12 seconds back in 2008. And he has no problem entering the Octagon as he feels he would be able to knock out every top UFC heavyweight if the fights were on the feet.

“I have not trained in kickboxing or MMA for a while but, for me, it is like riding a bike,” Whyte wrote in a recent column. “Once I knock off some of the rust, my instincts come rushing back and I am ready to dominate again. The heavyweight guys over there, champion Stipe Miocic and Francis Ngannou, are elite and I would have to work on my grappling and wrestling.

“But I know, standing up and boxing in 4oz gloves, I could knock ANY of their top-ten heavyweights out. I would need time to get my MMA conditioning back because it is totally different to boxing where, if you are clever, you can take time in the three minute rounds. In these cages it is five-minute rounds of non-stop moving, kicking, punching, wrestling — it is no joke.

“But I have better hand skills than any of them and because they try to cover a lot of aspects, that leaves a lot of holes in their game. The guys at the top, like Miocic and Ngannou, come from boxing but weren’t good enough to make it as pro boxers — as they could have made more money — they would usually want to stand up. But as soon as they got in with me, they would want to take me down to wrestle.”

Speaking of Ngannou, Whyte had some harsh words for him. Having previously called “The Predator” a coward, the Briton explained why he felt that way.

“I have called Ngannou a coward because, for a guy who is 6ft 4in tall and 18st, he has not shown enough heart in his two defeats,” Whyte added. “He was on a ten-fight win streak, mostly first-round wins against journeymen, and as soon as he stepped up he lost twice, when people did not just stand there and let him hit them.

“You get these guys in boxing as well as MMA, when they are on top in a fight they are a problem, full of confidence and trying to bully you. But as soon as you stand up to them and hit them back, they shrink. Ngannou quit in his two most recent defeats because he did not like the way the fights were going. How can you only land 11 punches in 15 minutes as he did when losing to Derrick Lewis?

“Ngannou said he would fancy a boxing match but I notice he didn’t mention my name even after I publicly called him a coward. Says it all really. However, I like the sound of stepping over to the UFC, seeing what sort of deal could be done. Becoming heavyweight champion in both is something no one has ever come close to doing before.”

What do you make of Whyte’s comments?