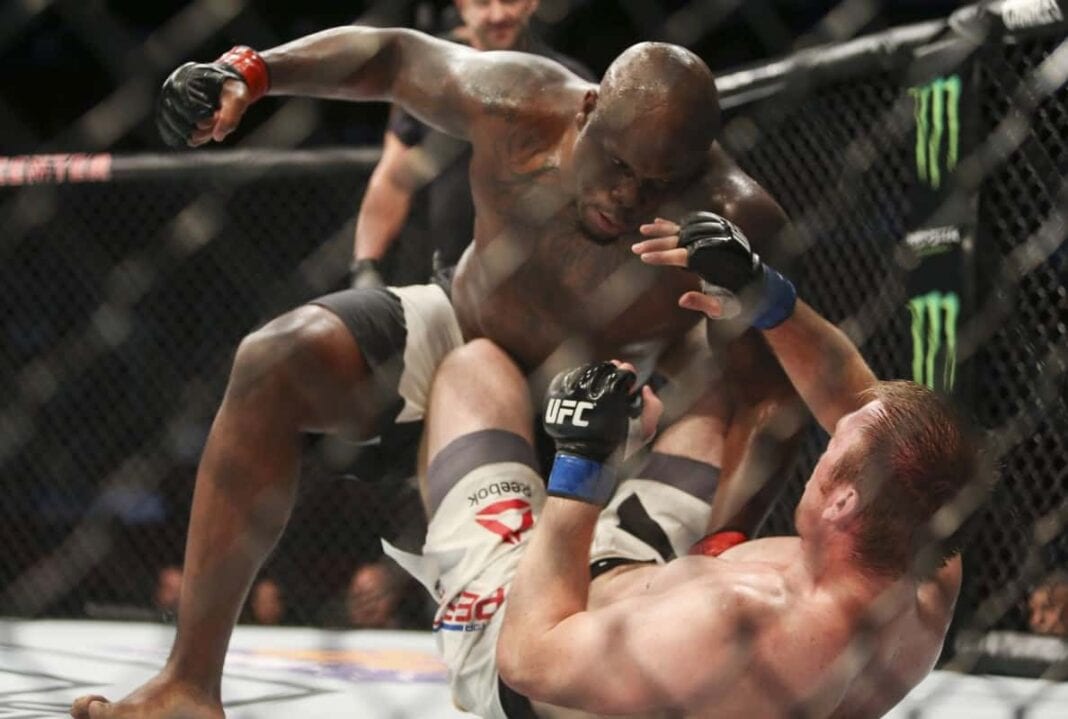 Heavyweight prospect Derrick Lewis fought what may be the toughest test of his career when he battled former title challenger Gabriel Gonzaga in the co-main event of today’s (Sun., April 10, 2016) UFC Fight Night 86 from the Zagreb Arena in Zagreb, Croatia.

And it was a test he passed impressively.

Gonzaga looked to smother Lewis on the mat in side control as he bled from his nose. He nearly mounted Lewis and then took his back, scoring some hard punches. Lewis got back up and landed an elbow and a knee to the midsection. Elbows and punches rained down from Lewis as Gonzaga attempted another takedown. The action slowed in the clinch as Gonzaga looked for a trip and the ref restarted the action.

Lewis unloaded a vicious combination that got a frighteningly swift finish.