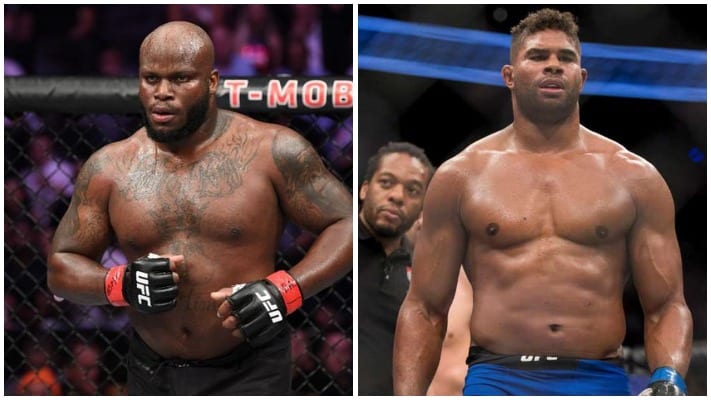 Derrick Lewis is interested in fighting Alistair Overeem next.

Lewis is coming off a devastating uppercut knockout of Curtis Blaydes in the UFC Vegas 19 headliner in Las Vegas last night.

It put him on a four-fight winning streak as he is now firmly in title contention again. However, Lewis has no qualms about who he could be fighting next.

He’s even interested in an Overeem fight despite the latter coming off a TKO defeat to Alexander Volkov earlier this month.

“I want Overeem next,” Lewis said at the post-fight press conference (via MMA Fighting). “I’m already greased and oiled up for him, so we ready.

“… Soon as possible. As soon as he passes his concussion protocol, whatever, his suspension, whatever he got. I don’t care [about his loss]. He’s had a couple of losses in a row. It’d be cool just to fight him, because he’s a so-called legend. So it’d be cool to fight somebody like that. And also, he’s been talking trash. He’s been saying his teammate, Curtis, could handle this lightweight. We’ve been trying to fight him for years, and he turned down the fight four times already.”

Of course, after a devastating knockout like that, many wouldn’t blame Overeem if he didn’t want that fight. However, Lewis believes his current situation might make him take the fight this time.

“He might take it,” Lewis added. “He’s been hit in the head a few times, so he might forget all about what happened tonight. So he’ll probably take it.

“… He’s from Netherlands, so you never know. Them guys out there, they stay high.”