David Haye will defend his WBA heavyweight championship against fellow Englishman Audley Harrison in a fight being called ‘The Best of Enemies.’

The duo will square off against each other at the MEN Arena in Manchester on November 13th for the first time in their careers.

Haye vs Harrison – The Best of Enemies

The relationship of these two fighters has made it become one of the most anticipated fights for British boxing in years. 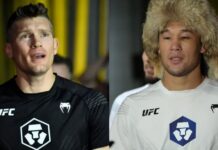