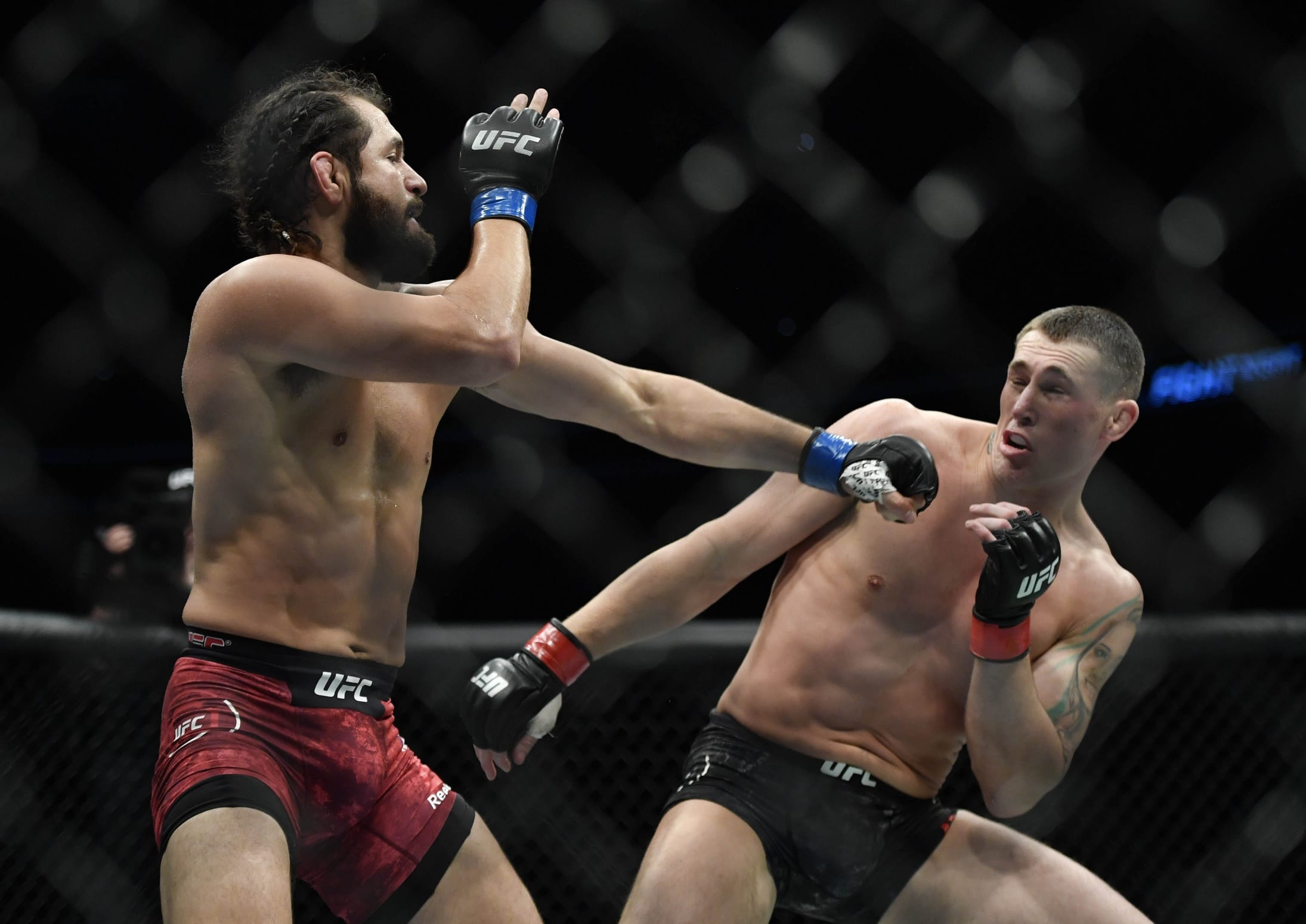 World-class welterweights Darren Till and Jorge Masvidal battled in the main event of today’s (Sat., March 16, 2019) UFC on ESPN+ 5 from the O2 Arena in London, England.

British fan favorite Till came in off a shockingly one-sided loss to Tyron Woodley at last September’s UFC 228. Prior to that ‘The Gorilla’ was one of MMA’s fastest-rising fighters after wins over Stephen Thompson and Donald Cerrone.

The fight started with a rushing low blow from Masvidal. He was given a warning and the fight resumed. Till dropped Masvidal with a straight left directly after:

Till probably won the opening frame due to the knockdown and pressure. Masvidal fought a close battle, however, landing effective kicks and punching combos.

However, it was Masvidal’s chance to shine in the second round. He felled Till with this unbelievable over hand left over the top that knocked the Brit out cold. A few shots followed but they were more than unnecessary: