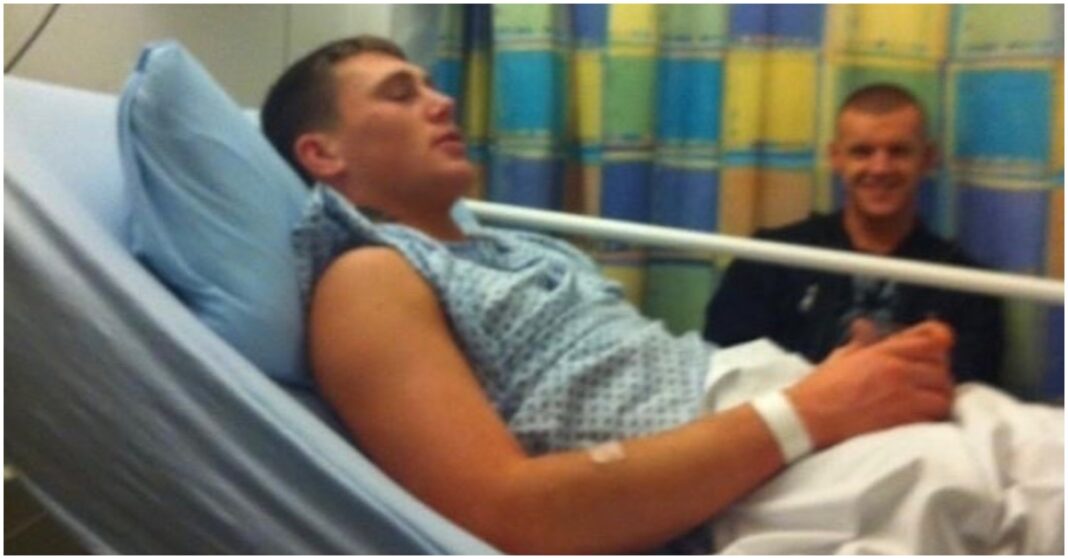 Darren Till was in a reflective mood earlier today as he marked the ninth anniversary of the day he was stabbed.

Till’s home city of Liverpool like much of the United Kingdom continues to struggle with knife crime.

On November 25, a 12-year-old called Ava White was stabbed and killed in the city.

The shocking death was clearly at the forefront of Till’s mind when he reflected on the anniversary of his near-death experience.

“9 years ago today I was stabbed twice in the back of my ribs,” Till wrote on Instagram alongside a picture of him in a hospital bed.

“The great city of Liverpool has recently been shook up by the tragic death of the young & beautiful AVA White.

“Put down the knives kids & ask ur mums & dads to take you or take yourselves down to the local gyms.

“Best thing you will ever do is step foot into a gym with a nice healthy environment and a good mentor in & outside of the gym.
Who knows maybe you might make a career out of it…
That is my advice to any of the young kids out their reading this.

“You won’t regret it. #NoKnivesSavesLives”

On May 1, 2020, the three British fighters took to social media to announce they were joining forces to help combat knife crime in their home nation.

“COVID19 is not the only crisis in the UK currently,” Till wrote on Twitter. “We must take a stand against Knife crime that is devastating our communities. Me, @POSTERBOYJM & @Leon_edwardsmma all faced the same issues growing up & we have come together to help our own cities.”

Do you think UFC fighters like Darren Till can help reduce knife crime in the UK?