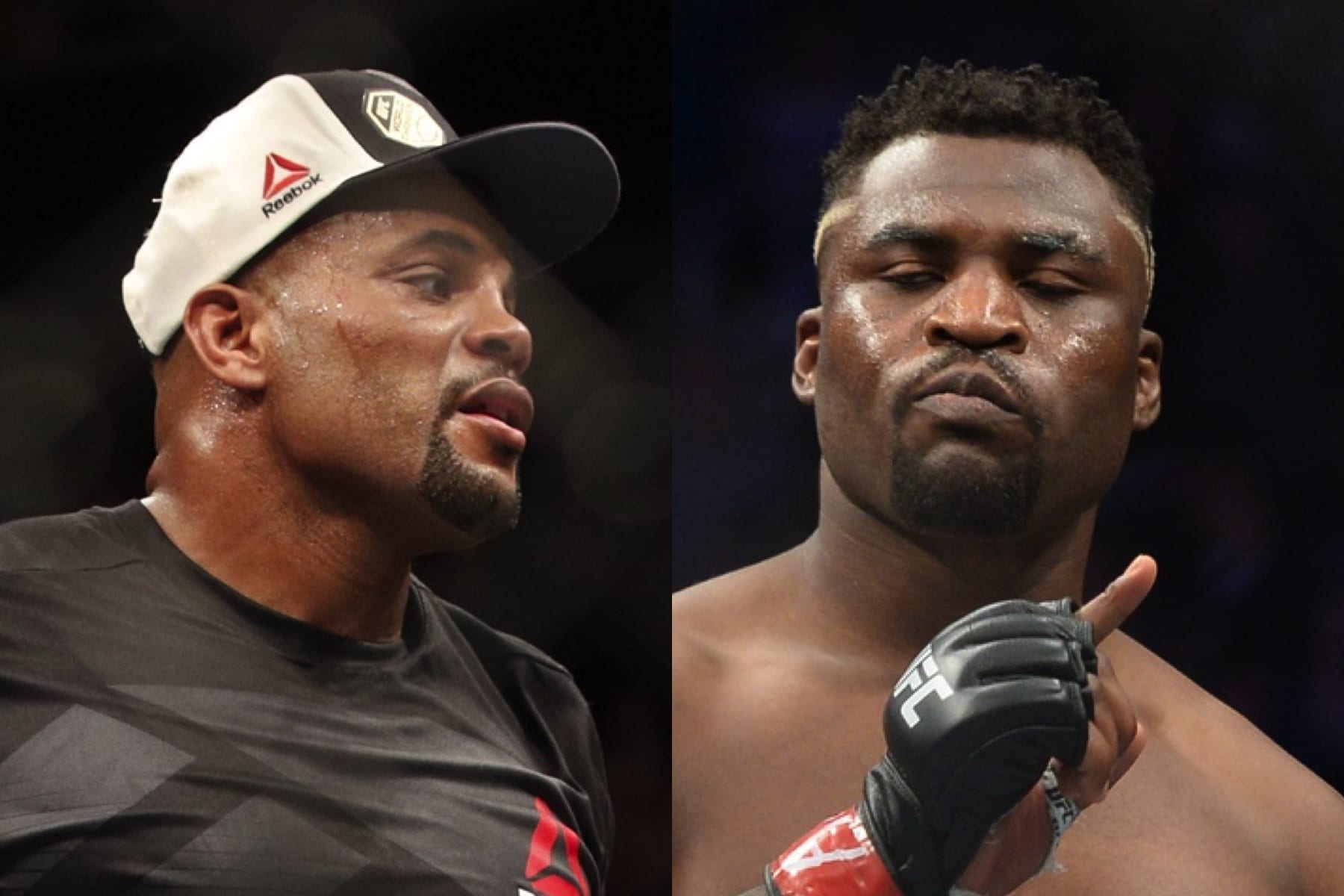 Daniel Cormier says he’s down to fight Francis Ngannou for the vacant heavyweight belt if the UFC strips Stipe Mioic for refusing to fight. Dana White previously revealed he’s open to the idea of stripping Miocic who said he wouldn’t be able to complete his trilogy against Cormier until “late fall”.

Ngannou spectacularly knocked out Jairzinho Rozenstruik in 20 seconds at UFC 249 this past weekend to establish his place as next in line at heavyweight. Speaking on the UFC 249 post-fight show former dual weight champion Cormier said he’d happily fight Ngannou if the heavyweight belt becomes vacant.

“If Stipe won’t fight, then Francis Ngannou has earned a title fight. If somebody is fighting Francis Ngannou for the title, it’s going to be me. All respect in the world to Francis Ngannou, but I’m not afraid of anyone. I’ll fight anybody on any planet. I love Francis, I think he’s a sweetheart person. I would love to do my trilogy with Stipe Miocic, but if Stipe won’t fight, they’re going to take his belt just like Henry (Cejudo) gave up his and they’re going to make a fight between Francis and I for the belt. It’s as simple as that.

“I would rather fight the trilogy fight with Stipe Miocic, I think that for everything we have meant to each other with me winning one and him winning one. That would be great for me. But if he doesn’t want to fight I want to fight my last fight. I want to fight whoever. And if it’s Francis Ngannou then I guess that’s who it’s going to be.

“It’s like a double-edged sword. If I go to fight Francis Ngannou, the smart way to fight him is to go take him down over and over,” Cormier said. “I did that against Derrick Lewis and people gave me flack for it, ‘All he did was wrestle.’ I’m not going to stand up with him. I’m not going to go and stand up with Francis Ngannou. I’m telling you, I’m telling him. If you’re going to be upset about me taking him down over and over, that’s just what you’re going to have to deal with. I don’t want to get knocked out. That’s what’s going to happen if I stand there. If I stand there, he would knock me out. I would probably wrestle him the whole time until I would submit him.” (Transcribed by MMA Junkie)

Do you want to see Daniel Cormier fight Francis Ngannou next?