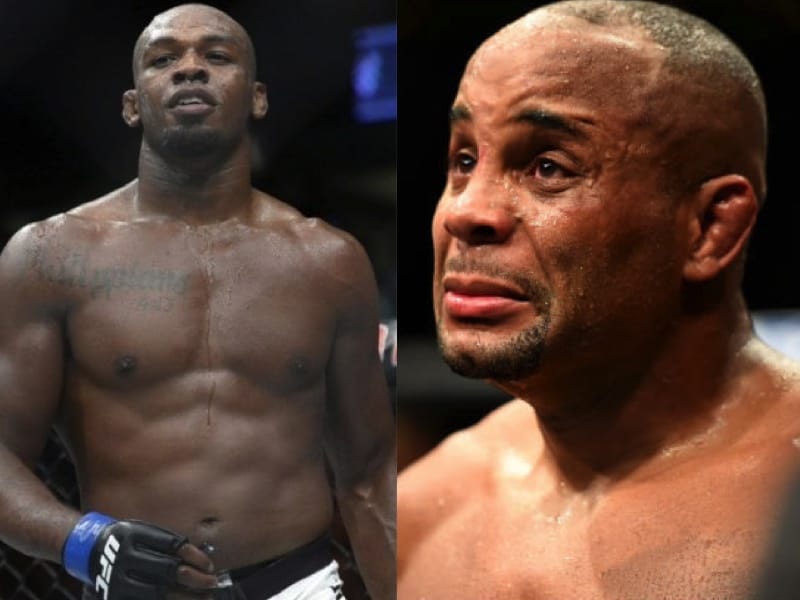 Daniel Cormier has sounded off on the latest comments made by Jon Jones.

The promotion recently sent out a tweet that questioned if DC would be the GOAT if he is able to win at this event.

Now, DC has commented on Jones’ latest shot at him through an interview with CBS Sports. As for the reason that Cormier didn’t respond, it’s due to him refusing to give a platform since he is on the sidelines for the foreseeable future.

“[Jones] doesn’t have a platform and I refuse to give him a platform,” Cormier said. “He’s a nobody. He has been suspended again. He’s mired in controversy for drug abuse. Your issues are tied to steroids, performance enhancers. You don’t get a platform when you’re like that. It’s like me glorifying Lance Armstrong.”

“[Jones] won the fight but, hey, since USADA has gotten involved with the UFC, he only fought one time,” Cormier said. “He has had four fights scheduled. So he fought Ovince and he fought me but that second one was a no-contest. The Ovince fight was the only time he fought and there was no controversy surrounding it. So I’m pretty sure there was some dirty stuff going on [in our first fight]. That’s why the test results were all jacked up in December.”

Their first fight went down back on January 3, 2015, at UFC 182 where Jones picked up the decision win.

The two fighters have competed against each other a total of two times. The second fight went down when the UFC light heavyweight champion lost to Jones by third-round TKO in the main event of UFC 214 on July 29 in Anaheim, California on PPV (pay-per-view). It was revealed after the fight that Jones tested positive for Turinabol.

“This whole Jon Jones thing has been marred in controversy and never on my behalf,” Cormier said. “So I can’t let that dictate how I approach my career in any way, shape or form. I didn’t do those bad things. I didn’t do steroids. I didn’t get taken out of a fight for steroid abuse once and test positive for steroids a second time. I didn’t get, before the first fight, having rinky-dinky tests to start. There are so many reasons why I shouldn’t be tied to him anymore and I’ve gotten back to the point now where it doesn’t affect me.”