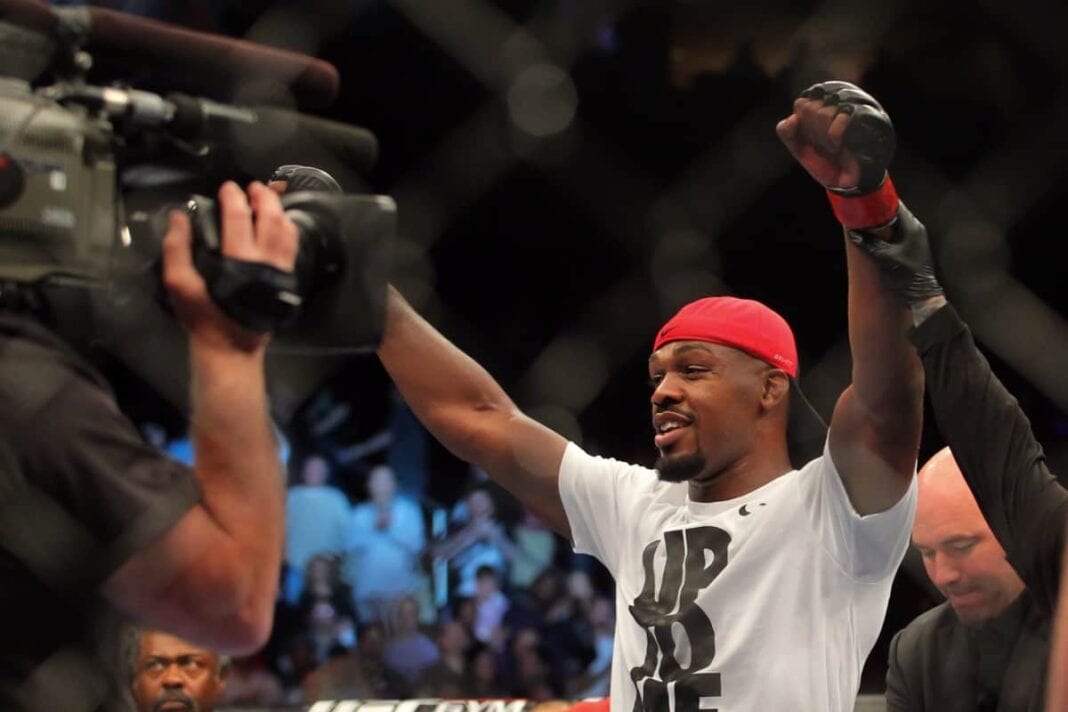 Daniel Cormier has done nothing wrong over the past few months on his quest to becoming the UFC light heavyweight champion.

He stepped in when needed at UFC 187 last May and submitted one of the division’s most feared strikers to become the undisputed boss. He then defended his title earlier this month at UFC 192 against Alexander Gustafsson in a back and forth, bloody five-round war that showcased “DC’s” true heart and grit.

However, there is still a dark cloud looming over Cormier and his title reign, and that would be former champion Jon “Bones” Jones.

Jones was arrested on felony charges last April, leading the UFC to suspend him indefinitely, and strip of his title. Now, Jones has avoided jail time, has been reinstated by the UFC, and seems to be a man on a mission in regards to getting back what he believes is his: the UFC light heavyweight championship.

The intriguing fact here is that Cormier and Jones actually met last January in one of the most anticipated bouts of all-time. The rivalry, and bad blood leading up to the bout was second to none. Fans were going to be treated to arguably the greatest fighter of all-time going up against an undefeated former Olympian.

The result? Jones retained his title via a rather one-sided unanimous decision, in which he shut down Cormier.

That being said, the roles are now reversed. “DC” is now the lineal champion and the UFC is most likely leaning towards putting on one of the biggest rematches in promotional history.

Jones clearly wants his belt back, and it seems as if he has never been hungrier. Cormier, on the other hand, is extremely eager to face “Bones” again, offering to fight the ex-champion in a wrestling room, or at a gym.

The bottom line here, however, is this. Cormier is a championship level competitor, and he has proved that. Not only over the course of his athletic career, but in his last two fights, taking out two of the best in the world. He has done nothing wrong. But he’s not Jon Jones.

During his illustrious title reign, “Bones” took out a plethora of former champions, and a murderer’s row of the best light heavyweights, making it look rather easy as well. Many consider “Bones” to be the best fighter in the world, and for good reason as he’s almost cleaned out the entire 205-pound division, and that includes Cormier.

Of course “DC” remains the closest thing to Jones, but it’s hard to believe that Cormier has improved enough over the last year to take out the former pound-for-pound king, and Jones is only 28 years old as well.

My opinion? Jones has had his issues outside of the cage. However, those issues have never seemed to hinder his performances, and it seems as if this time, “Bones” may have finally learned a lesson.

Expect Jones to return sometime next year and pick up right where he left off, as the best light heavyweight on the planet.