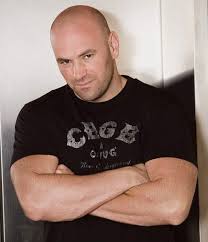 On May 8 of 2010, former UFC welterweight Paul Daley did something that no other fighter in the history of the promotion had ever done. Post his disappointing unanimous decision loss to Josh Koscheck at UFC 113, Daley took it upon himself to express his displeasure with Koscheck taking him down and controlling him for three rounds, by pursuing his opponent past the concluding match bell and hitting him with a (left hook) sucker punch.

With that, Daley was summarily released by the senior circuit and subsequently, has been riding the pines in second tier MMA promotions ever since.

With a record of 11 – 4 over his four year stretch of UFC banishment, “Semtex” has continued to demonstrate his ‘big show’ promise. Taking eight of his eleven wins by way of stoppage – 1 submission & 7 T/KOs’ – the 31-year-old British fighter has put up enough decent numbers that he’s hoping the UFC might take another look at him.

At Friday’s pre-fight press scrum for Ultimate Fight Night (UFN) Berlin: Munoz vs. Mousasi, the promotion’s president was asked about Daley, and whether or not the UFC might ever allow him to come back.

In way of response, Dana White stated that Daley’s manager had recently sent him a letter inquiring as to the possibility of his client returning to the brand, however, he (White) had not had time to consider the idea. White noted that he had shown Daley’s letter to the company’s CEO, Lorenzo Fertitta, and that Fertitta indicated that he was neutral on bringing the fighter back –  “it’s up to you brother.”

Yet, in discussing the incident that cost “Semtex” his job, White still seems to feel that Daley’s actions are “hard to forgive.”

“What Paul Daley did was just unforgivable. In the history of the UFC nobody has ever walked up and sucker punched a guy after the fight. It’s never happened. It’s happened one time and it was with Paul Daley.

Paul Daley had his management write me a letter a few days ago, basically saying that he (Daley) has grown up a lot since that incident, he’s been on a win streak, and it’s one of the biggest regrets of his life, and things like that. I showed it (Daley’s letter) to Lorenzo (Fertitta) and Lorenzo’s like, ‘it’s up to you brother, what do you want to do?’ And it’s such a hard one for me. It’s a hard one for me. I don’t know.

I haven’t really had a chance to think about it (but I had to decide right now), no. It’s just one of those things that’s hard to forgive.”

In considering Daley’s application, White could well accept that “Semtex” has grown up and that has matured as both a fighter and a man. He might even accept that Daley’s post-UFC record is impressive enough to warrant another chance. However, White might also accept that he drew a line in the sand on “Semtex” and his actions, and that he can’t go back on it. He banned Daley from the senior circuit for life and to reverse that censure now, some four years later, might not be something that White is inclined to do.

Beyond that, White might also take into account Daley’s legal transgressions and issues. As the fighter was arrested for an assault in England in December of 2012 – eventually pleading guilty to a single count of assault and two counts of obstructing an officer – he carries with him a criminal record that is unlikely to sway White in a positive ‘bring him back’ direction. Further, as Daley has been barred from entering the United States as a result of his conviction, he would be limited in terms of his usefulness to the promotion.

Adding it all up, it’s hard to see how Dana White changes his “no” to a ‘yes’ on the subject Paul Daley’s UFC return.