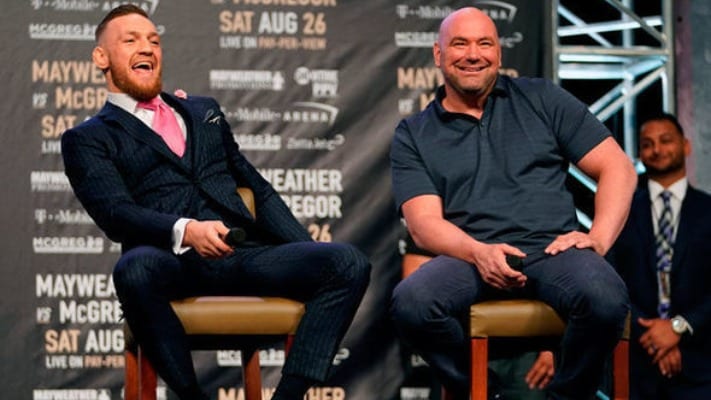 Conor McGregor is retired for now — but things can always change.

McGregor announced his retirement from the sport following the UFC 250 pay-per-view event last month. He expressed frustration at not getting a fight with Justin Gaethje as he wanted and also revealed he had lost the love for the sport.

Although many observers didn’t take it seriously given it was his third retirement in the last four years, it seems to be genuine for the moment, at least going by what many, including UFC president Dana White have stated.

That said, things can always change. Especially once a number of fights play out leading into next year according to White.

“As of right now, he’s retired,” White told Colin Cowherd on Wednesday (via MMA Fighting). “I wouldn’t be surprised if he came out and wanted to fight somebody next year after all these different fights play out.”

Ideally, McGregor fights the winner of the lightweight title unification bout between Khabib Nurmagomedov vs. Gaethje which is expected to take place in September.

Many are also speculating he will call for a fight with Jorge Masvidal if he ends up winning the welterweight title against Kamaru Usman at UFC 251 this weekend.

Regardless of what happens, White believes McGregor will eventually return as he has a few fights left in his career and will make sure to pick and choose who he wants to compete against next.

“He gets to pick and choose what he wants to do now and he’s at that point in his career where he’s got a few fights left.”

Do you agree with White that McGregor could be back next year?