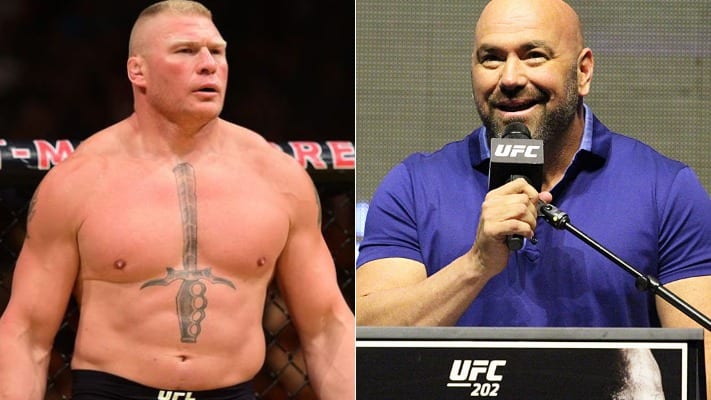 “The Beast” has opted to hang up his gloves for good and remain with WWE. The promotion was hoping to book a superfight between the WWE star and heavyweight champion Daniel Cormier. Instead, Cormier has moved on and will defend his title against Stipe Miocic in August.

“I wasn’t pissed at all,” White said. “Brock had a good run here. It’s been fun. Listen to fight in this business you have to be 100 percent invested. You’ve got to be in. It’s not where his head was. He made the right decision.”

Lesnar initially signed with the UFC back in 2008. At on point, he found himself on a four-fight win streak, which included a heavyweight title victory. Lensar beat notable names such as Randy Couture, Frank Mir, Mark Hunt, and Shane Carwin. He also fought the likes of Cain Velasquez and Alistair Overeem.

Now, it looks like the 41-year-old’s fighting days are over, and he’ll continue to be one of the biggest stars in the professional wrestling world.