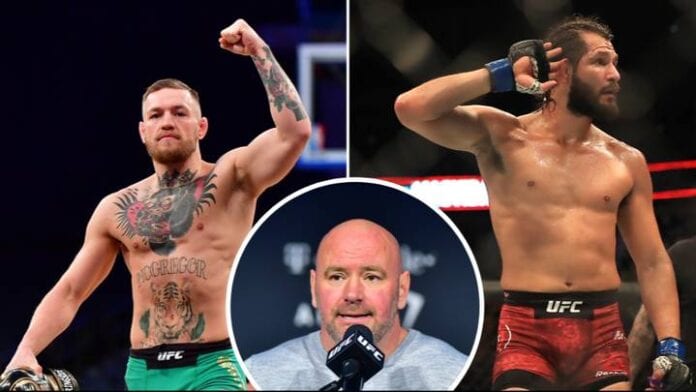 UFC President Dana White responded to the rumors and talk of a potential super fight between Jorge Masvidal and Conor McGregor.

We saw Jorge Masvidal get defeated last Saturday by Kamaru Usman at UFC 251. Despite the loss, Masvidal’s stock has actually gone up. UFC 251 reportedly sold 1.3 million pay-per-views and is now being talked about as one of the biggest stars in UFC history.

White spoke with Kevin Iole with Yahoo! Sports, White addressed the speculation from fans and media about the prospect of a Masvidal-McGregor fight.

White was then asked whether McGregor is still in the United States Anti-Doping Agency testing pool, where White responded,

“Probably,” White said. “But people have retired and stayed in the testing pool. It has happened before. And then they get tired of it and bail out of it.” (Transcribed by BJPENN.com)

Do you think we Will see a Conor Mcgregor vs Jorge Masvidal superfight?