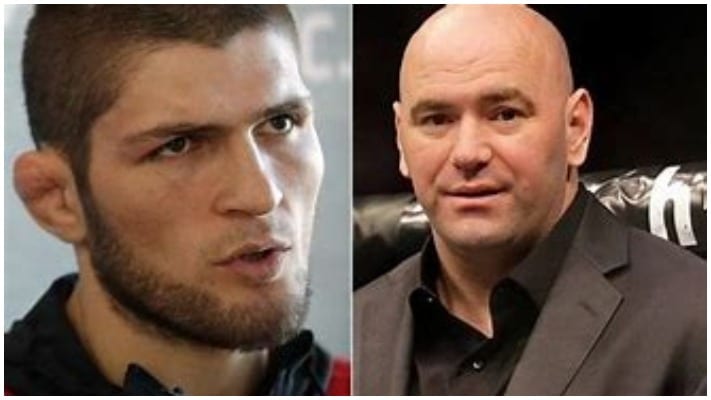 The UFC head honcho has repeatedly stated his belief that Nurmagomedov would return to mixed martial arts action in order to pursue a 30-0 record. That was despite “The Eagle” announcing his retirement at UFC 254 last month.

While many felt Nurmagomedov was not the kind of fighter to change his mind about retirement, the lightweight king did hint at a comeback after a recent Instagram post where he declared he would meet White soon.

When quizzed about that post, White revealed he was expecting to meet Nurmagomedov in Abu Dhabi presumably when the UFC returns for Fight Island events.

As for when exactly it would take place? That isn’t known as of now.

As for whether he still feels Nurmagomedov will return to go for a 30-0 record, White still feels the same way.

While most would assume Nurmagomedov is meeting White to discuss a comeback, a more recent development gives us another idea.

Nurmagomedov recently purchased Gorilla Fighting Championship and has plans to not only rename it to Eagle Fighting Championship, but also host tournaments across the world. It’s very possible his meeting with White includes the possibility of streaming those events on UFC Fight Pass.

For now, we’ll just have to wait and see.

What do you think their meeting is about?