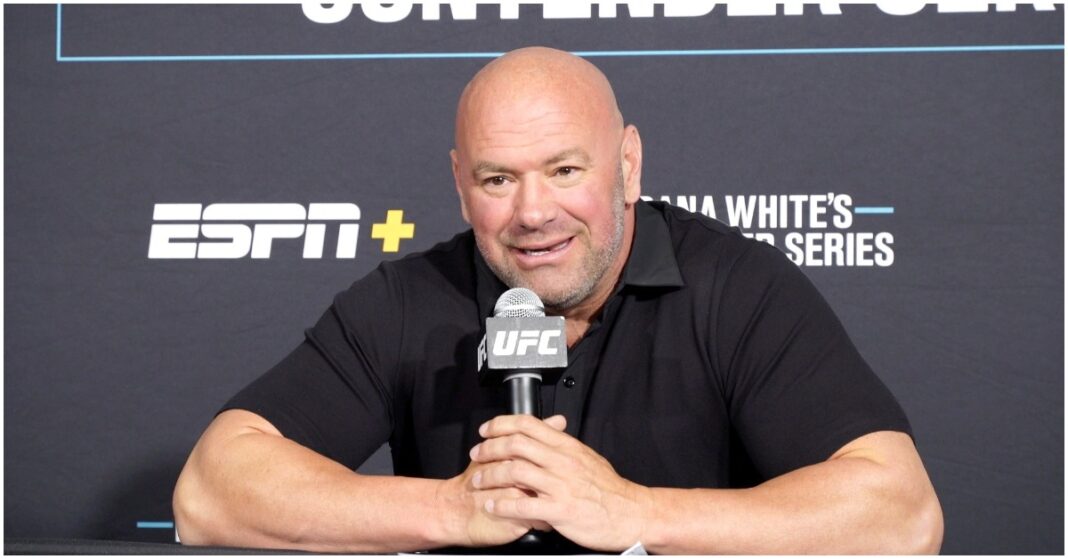 Dana White has revealed a Memphis by a bar owner who had been illegally pirating the UFC threatened to shoot him.

The UFC has been targeting illegal streamers of its event since the early 2010s, in 2014 the promotion was able to track down a supposed pirate and sue him for $12,000. Fast forward to 2022 and the UFC continues to be hunting down streamers.

After a recent appearance of Logan Paul’s Impaulsive podcast, White relived one of the worst experiences he has had dealing with these streamers.

“We caught a lot of people and prosecuted people for it. It’s a whole ‘nother f—ng ballgame. (One) guy’s calling me up, crying, begging me not to do it. And these were guys that were doing it in bars. Their bars were stealing,” he said.

Dana White revealed on one occasion in Memphis things nearly took a serious turn for the worst.

“This is a true story. (We were in) Memphis, Tennessee, and we were doing Lookin’ For a Fight,” White recounted. “We were doing this wrestling thing and apparently, a guy on that street, I put his bar out of business. And they were threatening that if I walked out, they were gonna shoot me.

“If I walked out and did this f—ng skit we’re gonna do for Lookin’ For a Fight, they were gonna shoot me.”

The UFC are still searching for those illegally broadcasting their events, but White realises how difficult this has become due to how knowledgeable these streamers are.

“The kids are way ahead of it. You have to be persistent, and you really have to go after people. You can put that thing on the f—ng TV that says ‘If you get caught pirating this event…’ it’s a different story when you f—ng get caught.”

You can expect these streamers to continue to show themselves given the announcement to increase PPV prices at the beginning of the year.

Are PPV’s priced too highly?