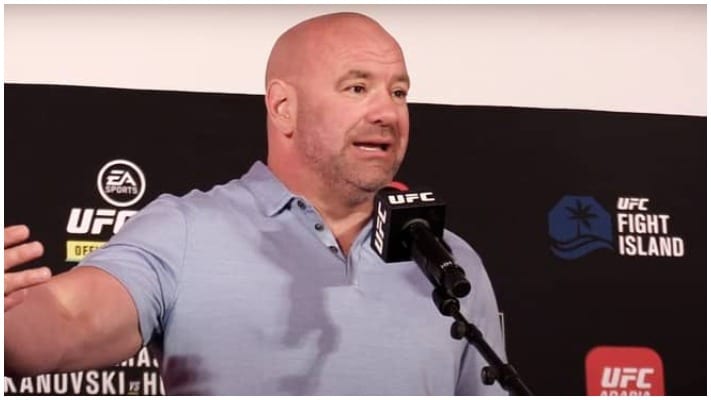 Dana White announced the signing of former Bellator lightweight champion Michael Chandler after weeks of speculation regarding a deal. Chandler was also revealed to be serving as back-up for the UFC 254 main event which will see Khabib Nurmagomedov defend attempt to unify the 155lb division for the second time in as many fights against the interim champ, Justin Gaethje.

Among the good news was some bad. Tony Ferguson’s highly anticipated return fight will no longer be taking place in Abu Dhabi on October 24. ‘El Cuccy’ was linked to a fight with Dustin Poirier but the UFC was unable to come to financial terms with ‘The Diamond’. White revealed they were working on finding a replacement opponent to face Ferguson but now that appears to have fallen through too.

According to White the reason why Ferguson will no longer fight at UFC 254 or serve as back-up for the main event is because he or his team “went quiet” after the Poirier fight collapsed.

“They went quiet on us,” White told TSN’s Aaron Bronsteter. “We couldn’t get a fight done.”

The UFC boss insisted he will not pressure or try to convince his athletes to fight. Anyone who seems to be hesitant will just be left behind and the company will move on to other things.

“When I call you and you want to fight (then) fight,” White said. “If you don’t, no problem. I’m not pushing anybody to fight. … You don’t want to fight? We move on, and we make other fights.” (Transcribed by MMA Junkie)

Ferguson was set to return to the Octagon for the first time since suffering a lopsided loss against Justin Gaethje at UFC 249 back in May. The one-time interim champ was beat down for more than 20 minutes before being TKO’d in the fifth and final round of their fight.

Do you think Dana White has made the right call picking Michael Chandler as back-up for UFC 254?