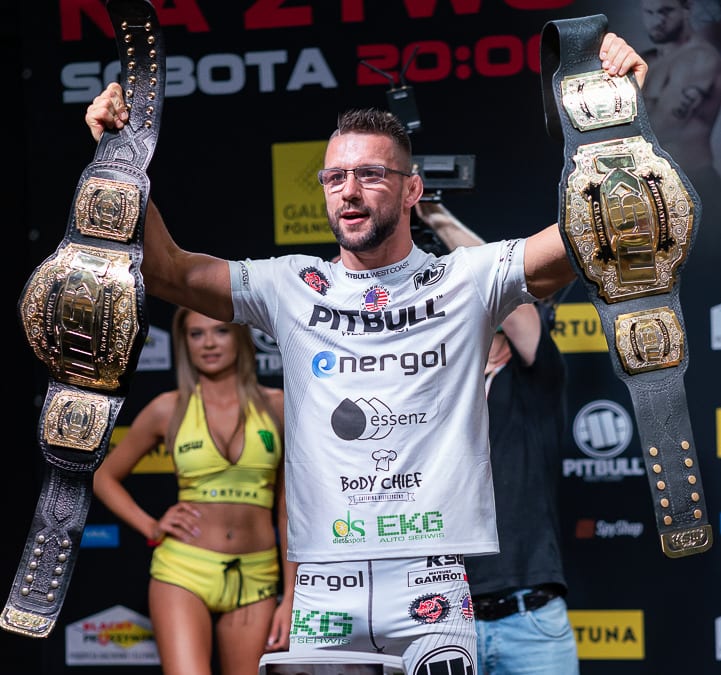 Former KSW featherweight and lightweight champion Mateusz Gamrot makes his UFC debut on Fight Island on Sat. October 17. The undefeated Polish fighter has a 17-0 record and will take on Russia’s Magomed Mustafaev in his promotional debut.

When asked about the upcoming arrival of Gamrot to the UFC ranks, at the UFC 253 post-fight press conference, company president Dana White made the following comment.

The 29-year-old Gamrot recently parted ways with Polish promotion KSW after racking up back to back victories in July and August. In Mustafaev, he will face a fighter with a 3-2 UFC record, whose most recent outing was a split decision loss to New Zealand’s Brad Riddell in February at UFC Fight Night: Felder-Hooker.

Gamrot has received high praise from his compatriots Joanna Jedrzejczyk and Jan Błachowicz, who were quoted by Polish media as saying Gamrot will be the next UFC Polish champion.

Whether or not this turns about to accurate only time will tell. We will learn more about how Gamrot matches his UFC rivals on October 17.

Are you looking forward to seeing Mateusz Gamrot in the UFC?