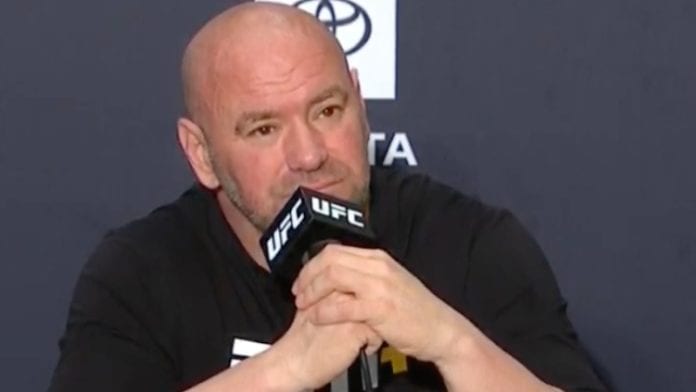 Reyes took Jones the distance in their light heavyweight title headliner at UFC 247 on Saturday night with an impressive performance. Many in the mixed martial arts world had Reyes winning the first three rounds.

But in the end, it was Jones who prevailed with all three judges scoring the fight in his favor. One judge even had him winning 49-46 which has drawn plenty of criticism since.

White personally had Reyes winning 3-1 going into the fifth round and believes he is deserving of a rematch. At the same time, he also acknowledges all the different scorecards and believes it doesn’t matter as there are only three judges.

“Do I think he deserves the rematch? Sure, he does,” White said at the UFC 247 post-fight press conference. “But we’ll see what happens. … Here’s the other thing. Say what you want about Jon Jones — Jon Jones wins fights. It’s not like there’s this landslide. I’ve been hearing this all night. ‘Jon Jones won the fight, it was a draw, Reyes won the fight.’ It’s all over the map.

“It all depends on the way you judge a fight and it doesn’t f*cking matter — we’re not judges. One thing I do know — both of these guys are tough as nails, man. The shots that both these guys took tonight to the body, legs, head. Phenomenal fight between two phenomenal athletes. Say what you want about Jon Jones — Jon Jones wins fights.”

Jones was previously teasing a heavyweight move but after this performance, a rematch with Reyes would only be fitting.

Do you think Reyes deserves a rematch with Jones?