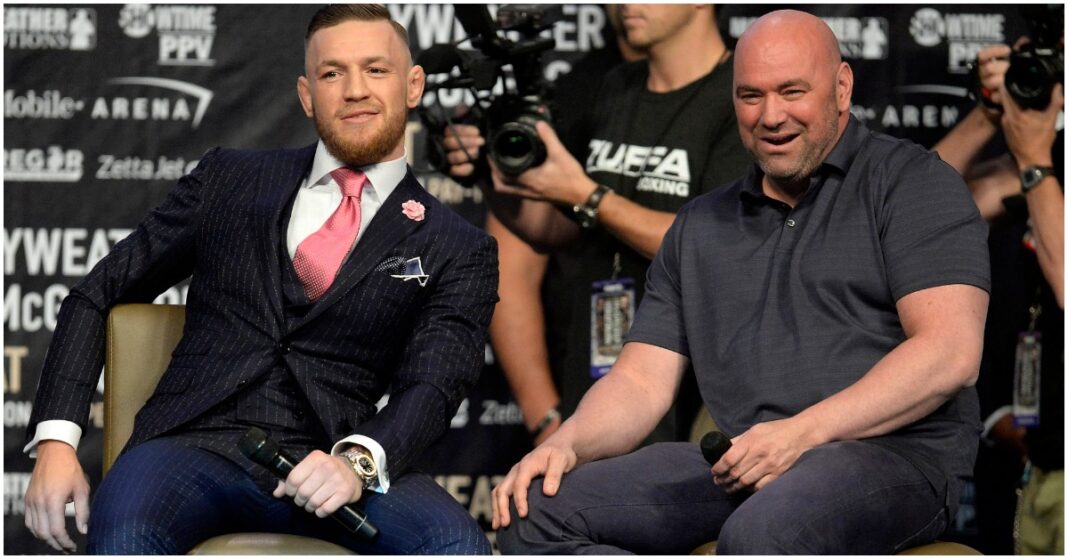 UFC President Dana White went on The Jim Rome Show this week and talked about a variety of fighting topics. One of the more notable topics however was Conor McGregor and the fact he is “chomping at the bit” to get back in the octagon.

“He’s chomping at the bit to get back in there and compete again,” White said on “The Jim Rome Podcast.” “It’s going to be a while before he can put some torque on that leg. April. For him to start training again in April is probably about right.”

We haven’t seen the Irish superstar since he broke his leg in his trilogy fight against Dustin Poirier in July. He has stated he’ll be cleared to spar in April, so a summer-late summer return for the most popular fighter on the planet seems likely. He’s mentioned a multitude of names recently including Nate Diaz, Kamaru Usman, Michael Chandler and the winner of the Dustin Poirier and Charles Oliveira Lightweight title fight.

Only time will tell when it comes to the Irish juggernaut that is Conor McGregor.

In terms of what is next for him, the options are endless.

Who do you think Conor McGregor will fight when he returns in 2022?