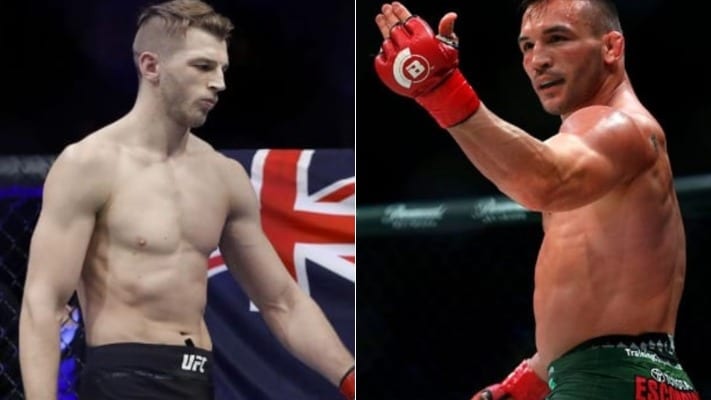 Dan Hooker will be the one to welcome Michael Chandler to the UFC.

That’s according to UFC president Dana White who revealed that while not official, the plan is for Hooker to fight Chandler on Fight Island in a couple of weeks.

He also added that the promotion was initially looking to book Charles Oliveira against Chandler but that the former wasn’t able to make the weight by the planned timeframe.

“He is [fighting on Fight Island],” White said of Chandler to The Schmo. “We were originally — I don’t know if this is done yet but f*ck it — we were working on Oliveira. Oliveira couldn’t make the weight. So Chandler will be fighting Hooker. … Great fight.”

White did not mention which event they would be competing in but it’s likely to be the UFC 257 pay-per-view headlined by Conor McGregor vs. Dustin Poirier on January 23 according to New Zealand publication Stuff who reported the matchup earlier this month.

“Dan Hooker looks set to make his octagon return against highly-touted UFC newcomer Michael Chandler, at UFC 257 in January. Stuff understands both camps have already agreed to the bout and are now in training, with a formal announcement expected in the coming days.”

One would imagine it would also serve as the co-main event in what is a welcome addition to a somewhat lackluster McGregor card so far.

Hooker will look to return to the win column after seeing his three-fight winning streak snapped following a unanimous decision defeat to Poirier in June. Chandler, meanwhile will look to get his UFC stint off to a successful start by taking out the No. 6-ranked lightweight in Hooker.