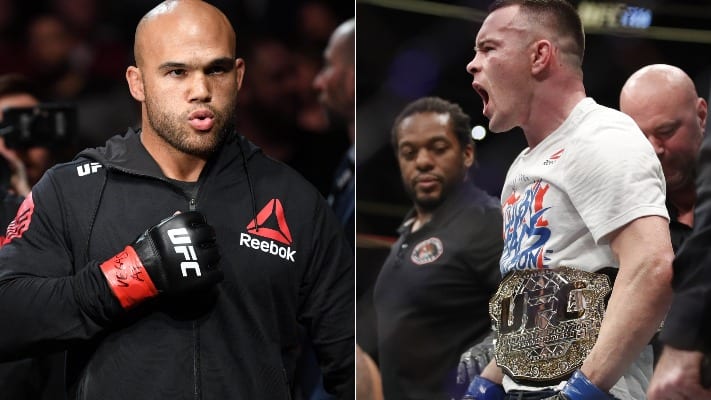 UFC president Dana White has confirmed that Colby Covington will get the next shot at the welterweight title provided he wins his next fight.

As current champion Kamaru Usman continues making his recovery, a number of welterweights such as Jorge Masvidal and Leon Edwards have staked a claim for the next title shot. However, many believed Covington, who was stripped of his interim title, should have already received it.

Instead, Covington is now booked to face Robbie Lawler in the UFC Newark headliner that takes place August 3. There’s been speculation that even a win over the former champion may result in “Chaos” not receiving the next shot.

However, speaking at the UFC 240 post-fight press conference, White claimed Covington would be next after stepping up and taking the fight:

“Covington is next in line, and he stepped up, he took this Lawler fight, and he’ll get the [title] fight,” White said, adding that it would be the case only with a win.

Covington last competed at UFC 225 in June last year when he outpointed Rafael dos Anjos to win the interim welterweight title. He is currently on a six-fight winning streak.

As for Lawler, he will be looking to get back to winning ways and climbing the rankings as a result after his controversial loss to Ben Askren earlier this year.

Do you think Covington will beat Lawler and get the next shot? Or do you see Lawler disrupting things further for Covington?