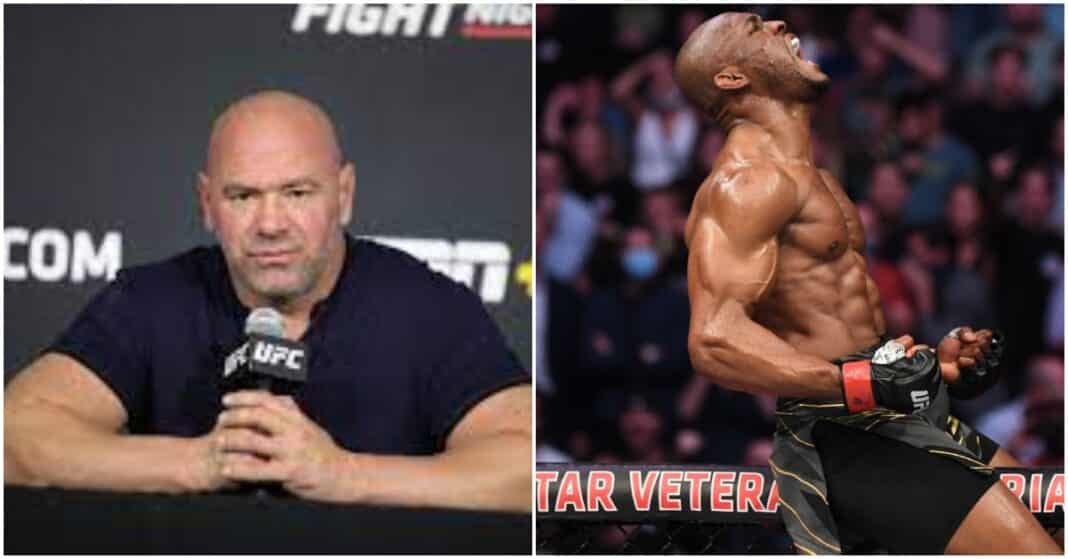 UFC President Dana White calls Kamaru Usman the best welterweight of all time after his win over Colby Covington at UFC 268.

White didn’t hold back about where he thought Usman stood in the all time rankings. White was talking to reporters in the post fight press conference when he spoke this highly of Usman’s skills. He quickly called Usman the best welterweight ever and stated that Usman was even approaching the ‘GOAT’ status.

“Usman is just the best ever. He’s the best welterweight of all time. He is on his way to possible ‘GOAT’ status.” White said at the conference.

Usman came into this fight with better striking than he has ever had. He incorporated kicks unlike he’s ever had before inside the octagon. His jab was on point and the power he possesses in his right hand caused Colby Covington to be tentative to start the fight. Usman’s skills seem to improve after every fight he has been in and a fight like this will only push his skill set to a higher limit.

‘GSP’ finished his career as a two division champion and was the most dominant fighter for eight years in the welterweight division. He defended his championship 9 times in that time as well. He is widely considered the most well rounded fighter of all time.

Usman has now won 15 fights in a row and is one fight away from tying Anderson Silva‘s record for most wins in a row. He is currently undefeated in the UFC and has ran through the welterweight division. After his win against Covington, Usman has defended his title five times now. He has been the most dominant fighter since Khabib Nurmagomedov retired and is extremely active.

READ MORE:  Darren Till Likes Colby Covington's Gimmick Because 'It Upsets So Many People'

Do you agree with Dana White? Do you consider Kamaru Usman the best welterweight of all time?

Muhammad Mokaev Goals For 2022: ‘Top Five & Be A Contender For Title Fight’

Stipe Miocic Would ‘Love’ To Take A Boxing Match