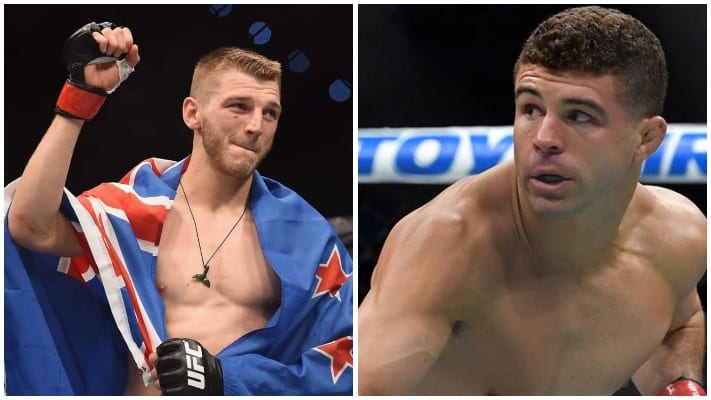 UFC lightweight Dan Hooker wants a higher-ranked opponent next and Al Iaquinta is the name that makes sense for him.

Hooker bounced back from his brutal knockout defeat to Edson Barboza last year with a knockout of his own over James Vick at UFC San Antonio last night. Fresh off what he called one of the “most satisfying wins” of his career, Hooker made plans for his next fight right away.

With teammate Israel Adesanya facing Robert Whittaker in a middleweight title unification clash at UFC 243, which is likely to take place in Australia, Hooker wants in on the card as well. And when given some names, one stood out for the New Zealander:

“I feel like (Al) Iaquinta’s the one that makes sense,” Hooker told reporters after the Vick win. “That name definitely stands out to me. Yeah, Iaquinta, October 5th, meet me in Australia. Get him on a plane!”

It’s certainly a fan-friendly fight and one that would significantly strengthen the undercard for UFC 243. And fortunately for all of us, Iaquinta seems to be up for it as well:

Would you want to see this fight as well? Who wins?