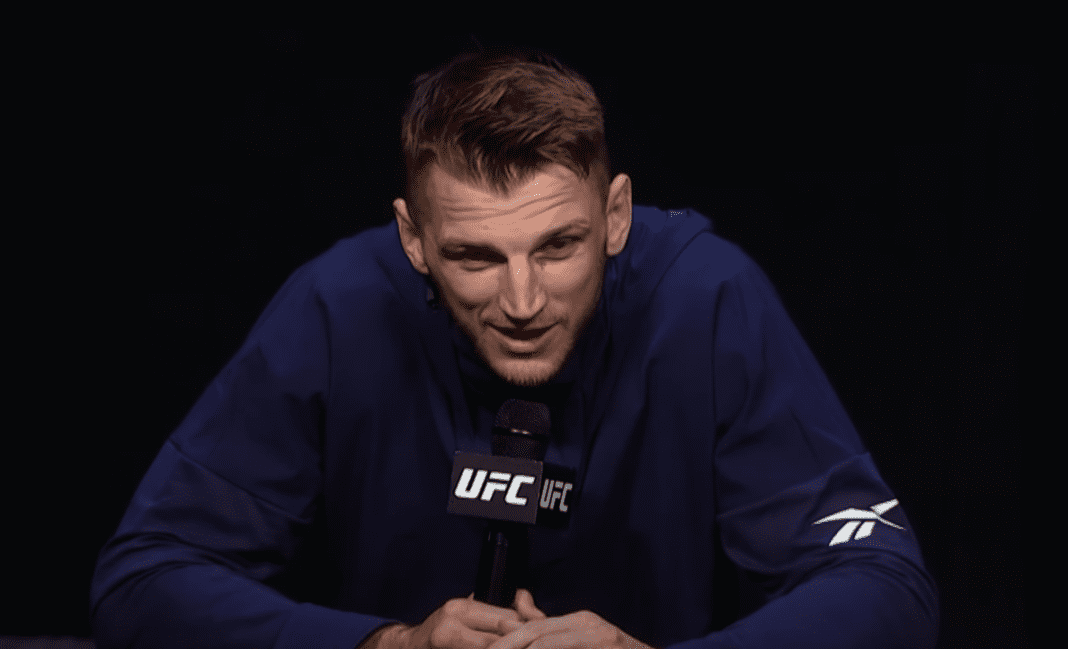 As a result, he will get the opportunity to capitalize on the hype of Chandler who will be making his long-awaited UFC debut since since signing late last year. That said, he wasn’t Chandler’s first pick or even the UFC’s.

UFC president Dana White previously revealed that Oliveira was in line to face Chandler but turned down the fight because he couldn’t make the weight in time.

And during the UFC 257 pre-fight press conference on Thursday, Hooker — who previously called Oliveira a p*ssy — made sure to remind everyone why he is the one fighting Chandler.

“The only reason I’m here is because everyone ahead of me turned the fight down,” Hooker said (via MMA Junkie). “They didn’t want to take the risk. They didn’t want to risk their spot. They come up with a bunch of excuses. Old ‘Charlie Olives’ saying he can’t make the weight.

“Dana, you believe ‘Charlie Olives’ can’t make the weight? I’ve got broomsticks thicker than that boy. I’m here. I’m taking the risk. That means I reap the reward.”

Hooker taking the fight isn’t good news for Chandler either as both fighters have already acknowledged that the former is a bad matchup for the ex-Bellator champion.

Hooker reiterated that again during the press conference.

“It’s not a good style,” Hooker added. “I bet if he could have picked anyone else, it wouldn’t have been me – a long, tall guy. My game is built around defending wrestlers.”

READ:  Roman Reigns Dismisses CM Punk After Watching Him Get ‘Whooped In The UFC’

What do you make of Hooker taking a shot at Oliveira?