LowKickMMA.com
Home Boxing News Dan Hardy Has Signed A Contract To Box Tyron Woodley In The... 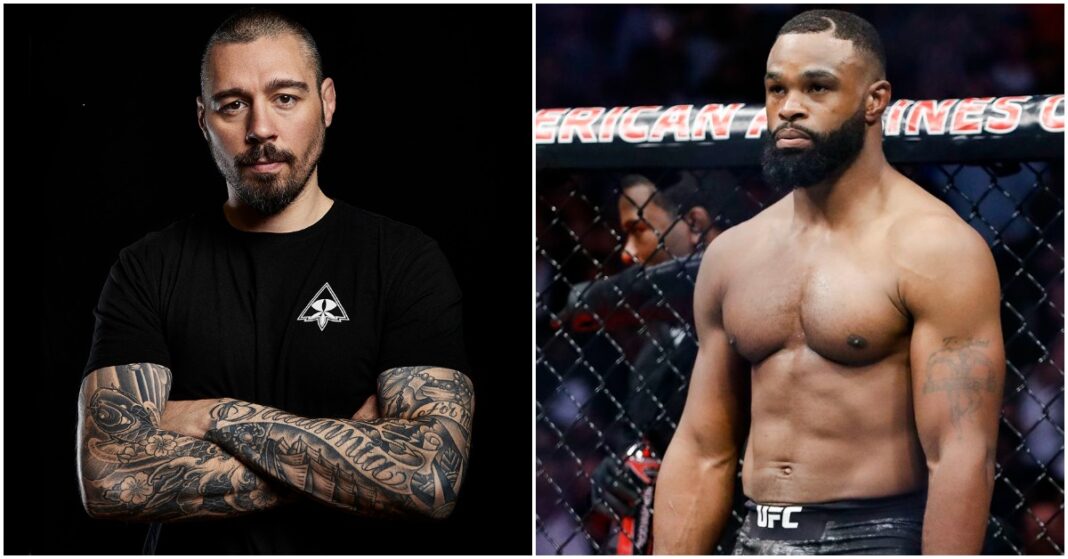 Dan Hardy and Tyron Woodley seem to be edging closer to settling their beef in the boxing ring.

‘The Outlaw’ claims he has signed a contract to fight Woodley and is now just waiting on ‘The Chosen One’ to do the same.

Dan Hardy Urges ‘The Frozen One’ To Sack Up

“No more DMs, but I will say this, my contract is signed,” Hardy told Submission Radio. “I know that he’s got a contract sitting in front of him and the deadline is approaching, and he doesn’t want to sign it. And I don’t know why. I don’t know what the deal is. Because terms have been agreed, money’s been agreed, date’s been agreed, rules and conditions, weight class. Everything’s been agreed. But he hasn’t yet signed the contract. So, you tell me. Tyron Woodley, why have you not signed it? The Frozen One.

“This is exactly my point. I wasn’t even that interested in fighting him, but when I called him out for basically not fighting against Jake Paul, he started getting all upset about it,” Hardy added. “I called him out because he didn’t want to fight, and now he doesn’t want to fight. The easiest way for me to prove my point was to send him a contract, and he’s not signing it. I mean, yeah, I don’t know what his deal is. I think it’s time for him to just call it a day, cause whether he’s waiting around for that rematch with Jake Paul or something, I don’t know, but he’s just wasting his time at this point. He’s talked a big game, he says he wants to fight, he’s agreed, he’s gone through all the deal.

Hardy insists he will not be waiting around for Woodley and will move on to other fights should the former UFC welterweight refuse to sign his side of the deal in the coming days.

“I’ve got medicals booked in on Monday, and if I don’t hear from Tyron Woodley by the end of the week, I’ll be looking elsewhere. And these medicals will clear me to fight for ONE championship as well. So, I have got that option. I am in contact with John Wayne Parr, I do want that fight, but it would be ideal to get the Woodley one out the way first because, you know, start with boxing, then go to Muay Thai, then to kickboxing, then maybe MMA, and then we’ll see where it goes. I mean, [Diego] Sanchez keeps messaging me, so there might even be a bare knuckler in there towards the end. But I’m having a big year in 2022 and I want it to start with Tyron Woodley. So, he needs to sign the contract.”

Do you want to see a Dan Hardy vs. Tyron Woodley boxing match?