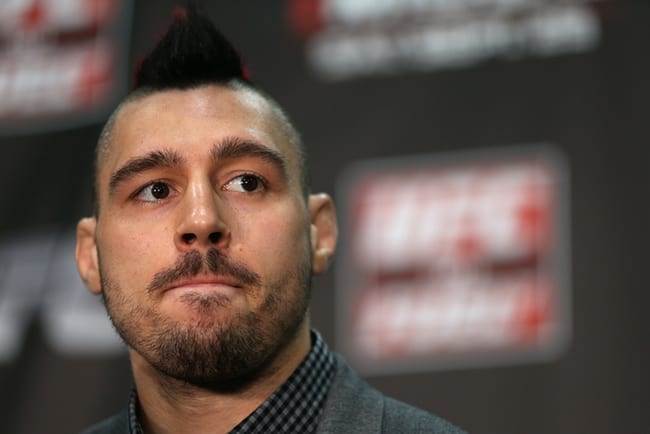 Dan Hardy is no longer working with the UFC.

It was recently reported by Dave Meltzer of the Wrestling Observer Newsletter that Hardy was fired both from the UFC and BT Sport after allegedly having an argument with a female employee on Fight Island.

Hardy would confirm as such soon after — at least about no longer working directly with the UFC — though he revealed it was over a disagreement on an opportunity missed rather an argument with a female employee with the gender being irrelevant according to him.

“Rather misleading headline there, @bjpenndotcom. Not entirely accurate either. I am no longer working directly with the UFC. The ‘female’ part is irrelevant. It was a disagreement over an opportunity missed, or withheld, and I’d love some answers but can’t get any.”

“Thank you for the kind words and support. I’m doing just fine, and am not going anywhere. I’ll still be breaking fights down on my channel, and elsewhere… 😏 I’m here in service of MMA, and sometimes that puts you on the other side of the line. I’m fine with that. 👊🏼”

It’s a big shame as Hardy is arguably the best commentator and analyst in the UFC and this explains his recent absences from “Inside the Octagon” as well as his callouts of late.

Luckily as stated, he’s not going anywhere at least as far as the world of MMA is concerned. Unless there are more developments, he is still a fighter with the promotion as well.

What do you make of this development?