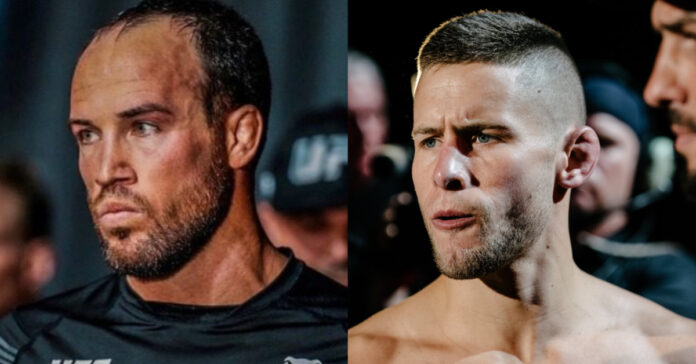 Damon Jackson has had an illustrious second stint with the UFC and it now looks almost inevitable that ‘The Leech’ will be in contention for a top 15 spot should he beat Pat Sabatini on September 17th.

In no way is Damon Jackson overlooking his opponent, but has stated: “Honestly you know the number is the number. I don’t really care who’s there, I want to be in the top 15 and I want to be able to get in the top 10 after the next fight. So whoever’s there, whoever they are going to say that is available, I’ll take the fight. I don’t care about any match-up style-wise.”

Damon Jackson discusses his thoughts on the matchup vs Pat Sabatini

When speaking to Damon Jackson, I was able to get his thoughts on the matchup with Pat Sabatini. ‘The Leech’ stated: “I don’t know what his motivation is. I don’t know if he has a family. I don’t know what he has going on. But you know I have so much going on in my life that this is just one of those things… It just means a lot to me right now. It means more than anything it ever has with competing, making it into the top 15, and then to the top 10 and then challenging for the title in the next two years.“

“Those things, they motivate me so much that I think that’s going to be the biggest factor. I’m prepared for this fight and I’m prepared to go all three rounds and I’ll be looking for a finish.”

With this in mind, it adds a lot of excitement to the fight knowing it’s almost certain both fighters will be looking to make a statement and walk away with the finish.