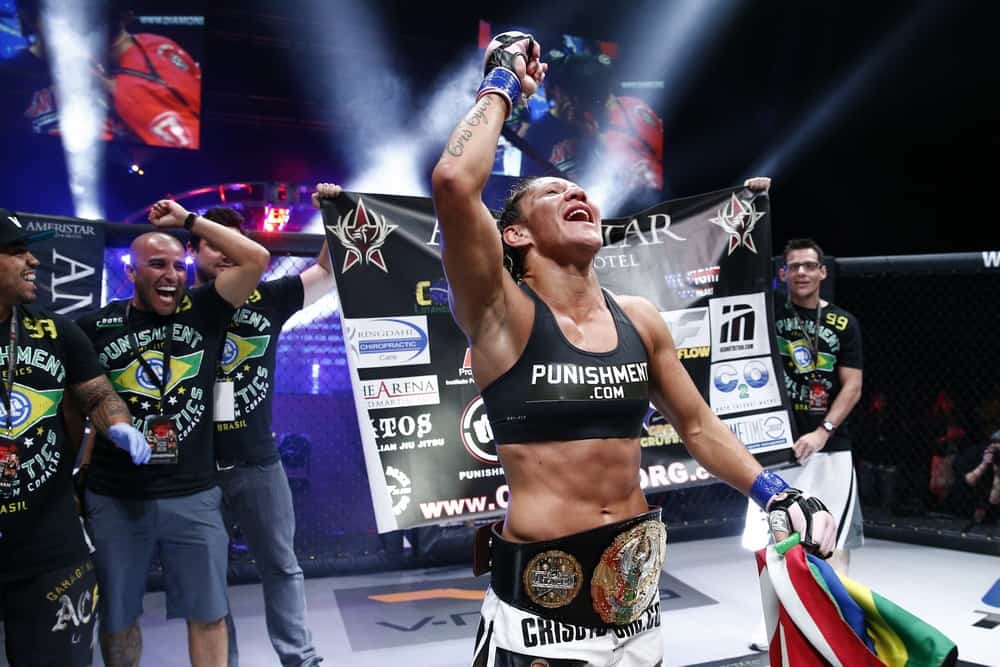 In recent years much has been made about Cristiane ‘Cyborg’ Justino’s eventual cut (or lack thereof) down to 135 pounds to face off with UFC women’s bantamweight champ Ronda Rousey.

Most believed that with the help of famed nutritionist and weigh-cutting guru Mike Dolce, the Invicta FC featherweight champ would have a legit shot to make bantamweight in a healthy fashion. But this afternoon (Mon., October 5, 2015) we’ve found out why ‘Cyborg’ was perhaps skeptical to join Dolce’s team, as she tweeted out a picture of a forum post on The Underground suggesting that Dolce has used a powerful, not-quite-legal cutting agent called ‘DNP’ in order to help his fighters make weight:

It’s quite the heavy accusation from ‘Cyborg,’ who will make her Invicta 140-pound debut later this year against a yet-to-be-named opponent. Yet the main aspect of this suggestion could be the fact that Rousey is indeed a well-known Dolce customer, and ‘Rowdy’ has endlessly suggested that Justino could make 135 pounds without steroids if she can make 145 with them based on her single failed test in Strikeforce back in late 2011.

No surprise to see ‘Cyborg’ turn the tables with some performance-enhancing drug (PED) use accusations of her own, and it’s also fair to wonder just how Dolce was so on point in helping fighters make insane weight cuts in short fashion.

There could of course be nothing to it at all, but something tells me this battle is only getting heated up. Stay tuned to LowKick for a potential response from Dolce and any developments in this developing story.