LowKickMMA.com
Home UFC News Curtis Blaydes Doesn’t Believe He Will Get A Title Shot With A... 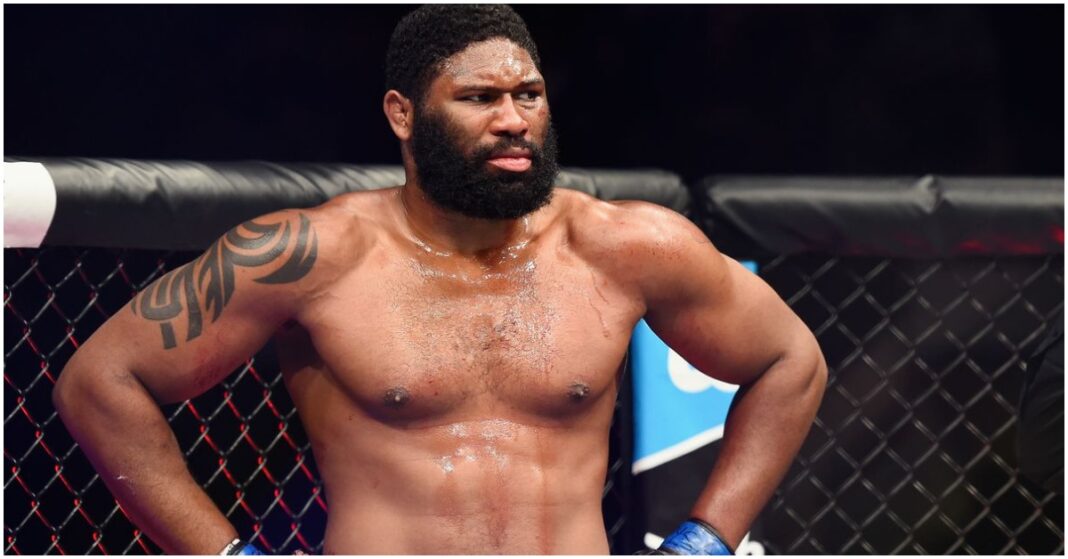 UFC heavyweight Curtis Blaydes believes that a win over Tom Aspinall wouldn’t put him up next for a title fight.

Blaydes will face off against Aspinall in the main event at UFC’s London event on July 23rd in the 02 Arena. Aspinall is one of the best up and coming fighters in the division, and has rose quickly through the rankings. Aspinall fought at UFC’s event in London earlier this year. He beat Alexander Volkov by submission of the first round of the fight. Aspinall has not lost a fight in the UFC and is a perfect 5-0.

“The winner of Jon and Stipe gets to hang out, obviously they got the interim belt, they get to wait. Maybe it will be up to them on who they want to fight next… I do believe that fight is going to happen.” (Transcribed by MiddleEasy) Blaydes said about the potential matchup between Jones and Miocic.

“I’ll most likely end up getting the winner of Tuivasa and Ciryl Gane. That’s just how it is.”

Blaydes didn’t seem very upset about not being the one who gets a title shot next, but he does believe that he’s a nightmare matchup for most heavyweights. Blaydes had a really great performance in his last fight, when he decided to show the world that he is more than just a wrestler. He TKO’d Chris Daukaus in the second round and put together his second win in a row after his loss to Derrick Lewis. It will be an interesting situation for the heavyweight division if Blaydes puts together another great win over Aspinall.