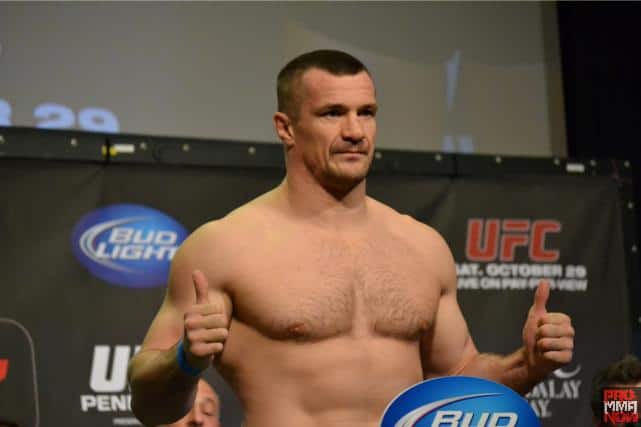 The mixed martial arts (MMA) community was dealt some disheartening news last night (Wed., November 11, 2015) when it was revealed that former Pride champion Mirko “Cro Cop” Filipovic had been suspended by USADA for reportedly violating their anti-drug policies.

“Cro Cop” had retired earlier in the week after backing out of his scheduled fight with Anthony Hamilton at November 28’s UFC Fight Night 79 from Seoul, South Korea, citing a shoulder injury that added to a mounting list of ailments forcing him into a second retirement.

The exact specifics of his USADA violation were unknown, that is until today when he issued a full statement on his website admitting that he had told USADA he used “a little bit of growth hormone” to recover from the ailment. He admitted to the testing agency that he had done so, but only after they arrived to test him. While his exact test results had not been made public, admittance is a violation under the UFC’s new and increasingly more stringent drug testing policy.

Here is Filipovic’s full statement on the issue, where he continued to suggest that his retirement was due to his mounting injuries rather than the USADA violation:

I might be the first fighter who has ever been suspended after retirement. Maybe they think it is good for them to sanction someone that is well known. As you all know, the UFC has a deal with the USADA, an anti doping agency, who now tests all fighters.

Every fighter has to fill up questionnaires for the USADA “whereabouts” system. Like all the other fighters, I also had to fill out the questionnaire so they knew where to come and test me.

When my shoulder problems started, basic methods like massages and icing the shoulder did not help. Then I went to blood plasma, which went straight into my shoulder. With each blood plasma, I had a little mix of growth hormone to make my shoulder heal faster.

Growth hormones are on the list of banned substances. I knew that already. But there was no other way to save my shoulder–at least in my mind–without combining the blood plasma with growth hormones.

Unfortunately it turns out the only cure was a good break and rest. But a desperate man will try anything.
After 6 days of growth hormone and plasma injections, the USADA came to test me. I gave them my blood sample and urine samples and immediately told the UFC about the test. I also said that I had been taking blood plasma and growth hormone since nothing else was working.

I wanted to have this fight, at any cost. I knew if I didn’t have the fight after an 8-month layoff, it was the end for me. I could not afford to wait 5 or 6 more months to fight.

The test results are not even finished, and I’m not even sure if they are going to find anything because I used the treatment for a few days to recover my shoulder and fight, that’s it. Now they have given me some kind of suspension because I told them myself that I have been getting the treatment, and to top it all of I pulled out of the fight.

It is stupid to even mention that the hormone only heals the body and that the dosages can probably only be detected for a few (10) days. I would be perfectly clean until the fight.

It did not make me any better or increase my performance like testosterone or anabolic steroids would, but those are the rules. On Friday I was still telling them to not cancel the fight and that I wanted to fight because of all the hard work I had done.

I told them I will go to the USADA and tell them what is going on, and I was willing to get a lot of tests before and after the fight and everything would be OK.

I was tested 5 different times up to this point in the UFC, the last time after the Gonzaga fight, and each time the test results were clear.

Saturday training was the last one that I had with preparations in mind, which is when my shoulder “broke” its limit. The MRI showed on Monday that it was a ruptured muscle and damaged tendons, filled with liquid.
And that is when I broke and made my decision.

This calling out and suspensions have no meaning anymore, but I do understand the UFC; I get it. They just want to defend themselves.

Now it will come out that I was taking illegal substances or doping or something, but it is not like that. Now it is what it is; God forbid there is no more trouble.