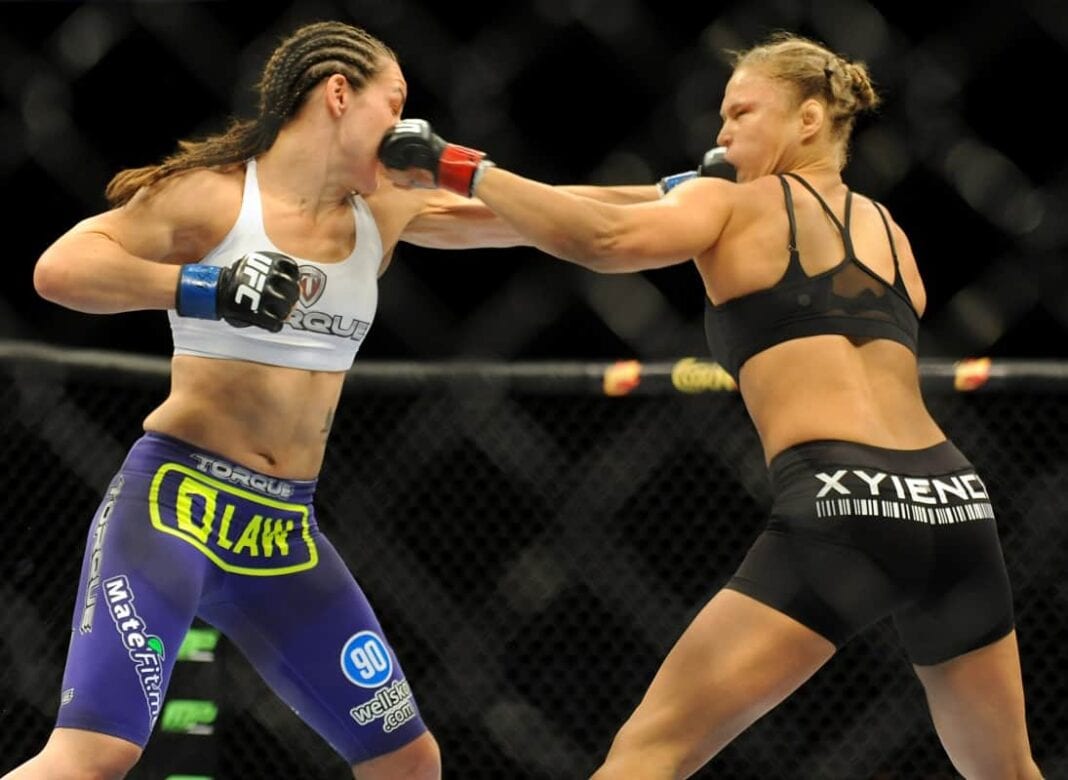 UFC 184 is set to go down on February 28th in the LA Staple Centre, California, and features two undefeated women’s warriors as the headliner. Ronda Rousey vs. Cat Zingano was bumped up to main event status when Chris Weidman was again injured, subsequently moving to UFC 187 to fight Vitor Belfort.

Both undefeated, “Rowdy” 10-0 and “Alpha” 9-0, they’ll truly be looking to prove who is the best current WMMA star in the bantamweight division. The problem Zingano faces is that Rousey is truly dominant, not just in the fact that she has beaten all her opponents, but that she has recently been tearing them apart.

“Rowdy” has devoured Sara McMann and Alexis Davis in a total of 82 in her most recent outings, whereas “Alpha” has been in excellent form, but it could be argued that she has looked beatable at points.

Also featured on the promotion’s foray out west is another women’s bantamweight bout, as boxing queen-turned MMA knockout machine Holly Holm makes her long-awaited debut. Ex-TUF (The Ultimate Fighter) 18 competitor Raquel Pennington is set to welcome “The Preacher’s Daughter” to the big leagues.

Holm had been linked to the same fight at UFC 181, but an injury caused the Jackson-Winklejohn product to wait three PPV (Pay-Per-View) events. Check out the Countdown to UFC 184: Rousey vs. Zingano and Holm vs. Pennington full segments below: