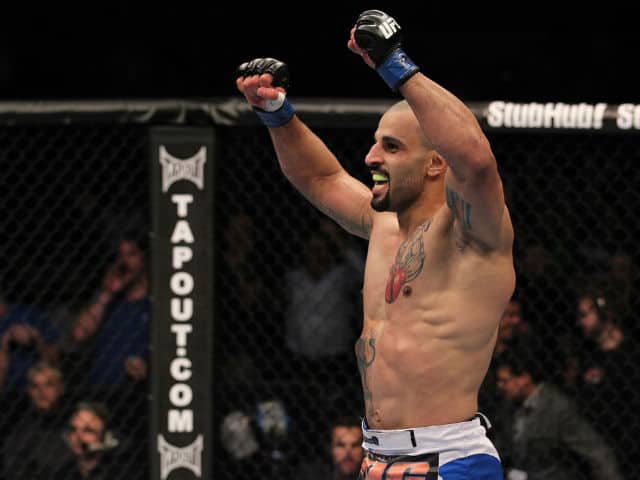 UFC fighter Costas Philippou has decided to retire from Mixed Martial arts after losing his last bout to Gegard Mousasi in May.

@mookiealexander he has indicated to UFC that he has retired. That should end the speculation for you.

@mookiealexander yes indeed. Wish him well! Had some memorable fights!

Costas Philippou (13-5-1) 7 KOs, 1 subs, 5 decision wins in his career and is 3-3 in his last six bouts. In his last six bouts, he beat Riki Fukuda at UFC 148 by unanimous decision and then he beat Tim Boetsch at UFC 155 by third round TKO. He lost two straight bouts to Francis Carmont at UFC 165 by unanimous decision and then was knocked out in the first round in January of 2014 by Luke Rockhold. In his next bout, he beat Lorenz Larkin in May of 2014 by first round KO. He’s he then lost to Gegard Mousasi at UFC Fight Night 66 by decision.

Earlier in the week, Philippou was removed from the UFC rankings this week and led to speculation that he was gone from the promotion.

Good luck Philippou in all of your future endeavours.