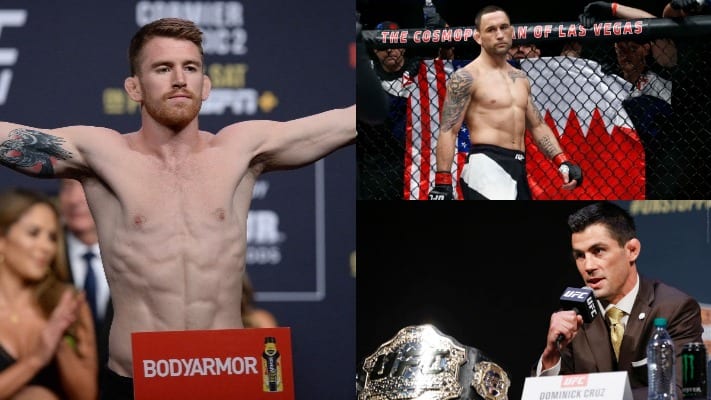 Cory Sandhagen did not have the best last couple of days.

After being scheduled to face Frankie Edgar in the co-main event of UFC Raleigh next month, the fight is now seemingly off. That’s because Edgar is stepping in to face the Korean Zombie in the UFC Busan headliner on December 21.

There is talk of him competing against Sandhagen regardless, even though UFC Raleigh takes place January 25. In reality, it is unlikely so for now, Sandhagen is without a fight.

The young prospect feels he has done enough to get a big fight next. Given the circumstances, he feels he should still face Edgar or at the very least, former bantamweight champion Dominick Cruz:

“I think I’ve kind of earned my spot in being able to be like, there’s a couple of guys who I want to fight,” Sandhagen told MMA Junkie (via BJ Penn). “(No. 2-ranked bantamweight) Aljamain Sterling’s out right now so I’m not even going to bother calling Aljamain out because he just had surgery so it doesn’t make any sense.

Sandhagen has certainly earned it. He is 5-0 with the promotion and coming off big wins over John Lineker and Raphael Assuncao.

In a perfect world, Edgar comes out unscathed from UFC Busan and fights him next. But again, it’s highly unlikely:

“I’m not sure,” Sandhagen added of fighting Edgar next month. “I just can’t imagine a scenario where Frankie is going to come out (of the Jung fight) unscathed and I don’t want to be holding my breath for that amount of time, so I don’t know.

Who do you think Sandhagen should fight next?