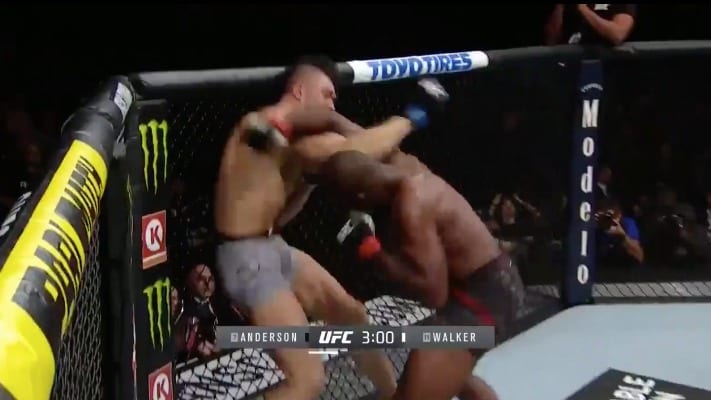 Nobody saw this coming. Corey Anderson just ended the hype train of Johnny Walker by taking the Brazilian out in the first round. Anderson was able to avoid the early pressure from the lengthy Brazilian, before putting together a stunning combination of his own.

Anderson rocked Walker early, tried for the takedown, but was stopped. From there, Anderson simply continued his standup assault, and the referee stepped in after having seen enough. It was a spectacular victory for Anderson, who now has the argument for a title opportunity. Check out the finish here:

LowKickMMA’s UFC 244 coverage continues on. Make sure to follow along with us here.