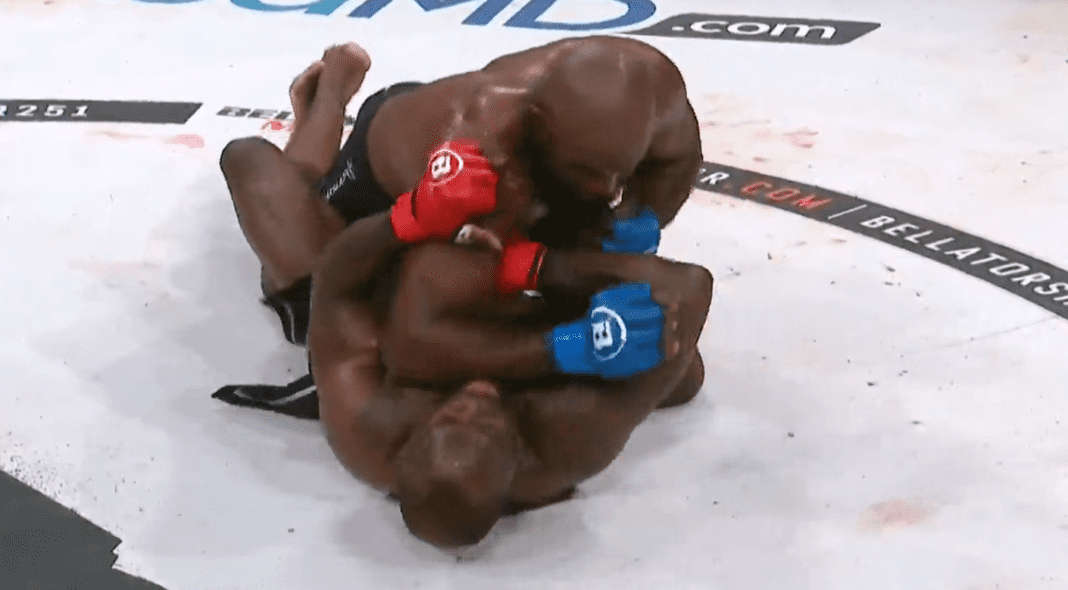 Former UFC Fighter Corey Anderson has made an explosive debut into Bellator taking out top light-heavyweight Melvin Manhoef via TKO in round two.

Anderson donminated his way through the first round securing multiple takedowns and landing ground and pound without receiving any damage back. As the second round began Anderson looked to do more of the same taking down Manhoef and landing more ground strikes until he was able to get the finish later in the round.

This debut sets Anderson up to fight for the title of the Bellator light-heavyweight division in the near future, a title that is currently held by Vadim Nemkov after he defeated former double champ Ryan Bader earlier this year.

After suffering a defeat to UFC Light-heavyweight champion Jan Blachowicz, Anderson was let go by the company as the pair were unable to come to financial agreements.