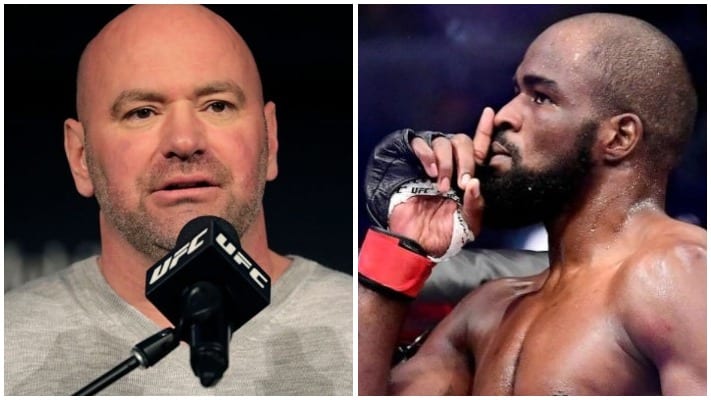 UFC president Dana White has claimed Corey Anderson left the promotion and signed with Bellator in order to be more competitive. Anderson was recently granted his release from the UFC an immediately signed with the promotion’s biggest rivals. ‘Overtime’ has spoken out about his decision which he says was largely due to financial factors.

“I used to say I don’t care about the money, that I’m fighting to be the best and I don’t need the money,” Anderson said. “After hanging out with [Cormier], he broke something to me. He said, ‘You know how you say you don’t fight for money? When was the last time you got in a street fight? You don’t fight for free. You fight to pay for your family.’

“I said, ‘Let’s see if we can get a little more money for the fight.’ And the UFC wouldn’t budge. I asked for my release, and they said, ‘All right, we’ll release him,’ in 20 seconds. I’ve got no anger toward the UFC, but this is how I know my worth to them.”

Speaking to press post-fight at UFC Vegas 7 White claimed Anderson had left the UFC in order to be more competitive, he said.

“First of all, it’s the right move for him. This isn’t something that we’ve never done before. I think that he feels, and we feel, that he can be more competitive there”. (Transcribed by MMA Junkie)

Anderson has since responded on social media, calling White a liar and calling out those staying quiet and allowing the UFC boss to lie about him, he wrote.

Do you believe Dana White or Corey Anderson in this situation?