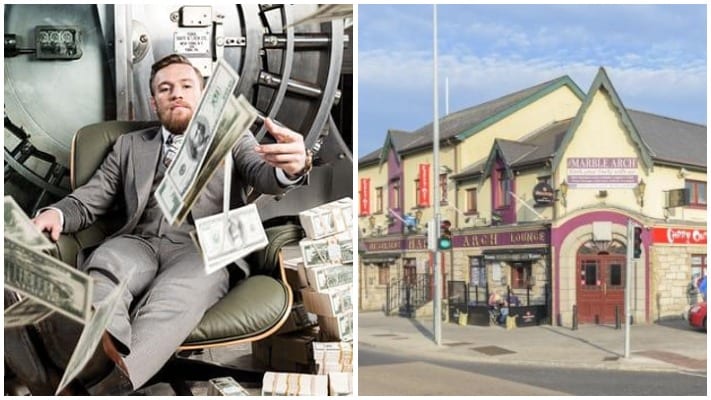 Apparently, Conor McGregor likes to return to the scene of his alleged crimes and then buy them.

The ‘Notorious’ one has purchased the Marble Arch Pub in Dublin 12. The pub may sound familiar to fans. It is the location of one of his infamous brawls outside of the UFC. After the incident, he later admitted to assaulting Desmond Keogh, a patron, back in 2019. The crime led to a court appearance and a small fine for McGregor.

Fast forward to 2021, and McGregor is continuing to expand his business empire outside of the UFC and combat sports. The sale is estimated to set him back between 1.8 million and 2.4 million dollars. McGregor has taken to social media to confirm the purchase in a way that only he can.

McGregor’s current net worth is estimated to be over 250 million dollars, so the purchase is not impacting him financially. The Marble Arch is the second pub he has purchased in Drimnagh, Dublin 12 and will add to the fortune he has amassed outside of the octagon or ring with his Proper Twelve whiskey.

Do you think Conor McGregor is a better businessman than a fighter?