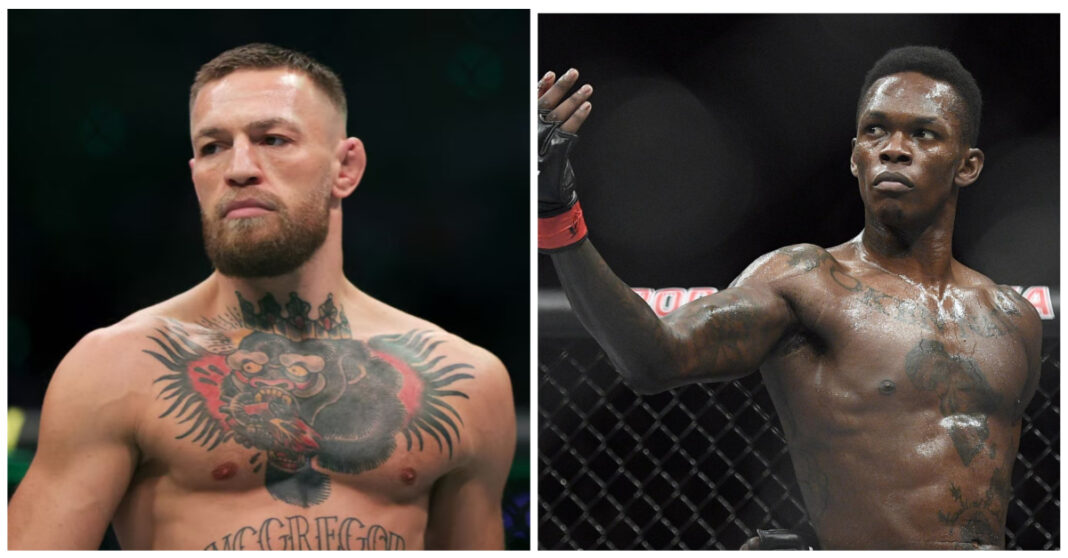 UFC superstar, Conor McGregor, has been voted the most hated UFC fighter while middleweight champion, Israel Adesyana was voted as the most beloved.

Since his entrance into the UFC, it would be fair to say that the Irishman has rubbed a few people the wrong way. Whether it be verbal assaults on your favorite fighter, throwing dollies or some of his choice words on Twitter, McGregor continues to alienate large parts of the MMA fanbase. So, it would be with little surprise to many that McGregor has been voted the most hated fighter by MMA fans taking part in online voting.

A study by Bookmakers.com has found the former two-division UFC champion received the highest amount of negative feedback with 29.31%. Light-heavyweight Thiago Santos came second on the list with 28%. Unsurprisingly, coming in the third spot is former bantamweight champion, T.J. Dillashaw.

Other well-known names made an appearance such as former title challenger Anthony Smith, featherweight Raquel Pennington, Darren Till, and Lauren Murphy.

185lb ruler Adesanya, topped the list of the most loved fighters with 54.7%, with former flyweight champion Brandon Moreno coming in second with 51.6%.

Although coming in at the number one spot for the most hated, McGregor, actually ranked number three on the most loved list, with ‘The Notorious’ receiving 44.6% positive feedback from fans.

If you have spent any time watching McGregor, you’ll know that his mind does not work like everybody else’s. The unwavering confidence, the unrelenting attitude, and the unshakeable mindset have seen him get where he is. He says he doesn’t care and you believe it.

Nothing could sum up his mindset more than an interview he would do post-fight with Ariel Helwani back in 2015.

“I don’t give a sh*t what people say”, Mcgregor proclaims. “I never did, I never do. I told you before the fight I was the shit and I’m telling you right now I’m the shit. What people say does not matter to me, because whatever you’re doing in life, good or bad, there’s always going to be somebody, you know what I mean?”

Do you think Conor McGregor deserves the hate he gets?