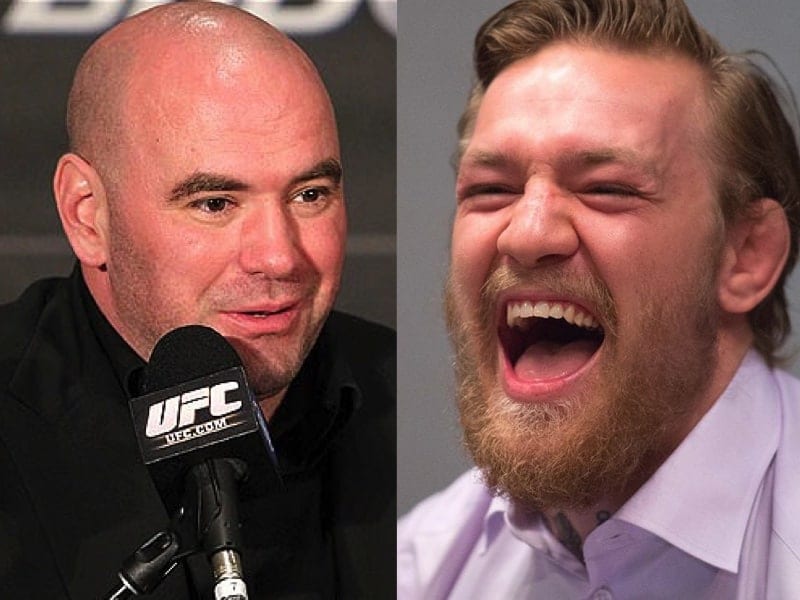 After refusing to appear at a Las Vegas press event to promote his UFC 200 main event rematch bout against Nate Diaz, McGregor was removed from the colossal summer card and the bout was scrapped entirely.

Since then McGregor and UFC officials have engaged in a bumping of heads over the Irishman’s future, however a dinner meeting between ‘Notorious’, White, and Fertitta was made in effort to mend the slightly bended relationship.

The three men met for a private dinner at the Montage Hotel in Beverley Hills, accompanied by three huge bodyguards. While McGregor and White were all smiles after the dinner meeting, ‘Notorious’ took some time in an interview with ESPN to assure that his relationship with the organization is just fine:

“I met with Dana and Mr. Fertitta, good conversation like it always is. We have a good relationship.

It is what it is. It happens. This is the fight game. Sometimes emotions get into it but it’s important to recognize that emotions have no place in business.

So that’s essentially what it was last night. We just set it aside. There’s no place for emotions in this. We are doing beautiful things so let’s continue. Let’s fix it and continue.”

McGregor was also asked where his relationship with the company currently stood:

“I’d say we’re nice and in the middle. In a good place,” McGregor said.

While an announcement has not yet been made on who McGregor’s next opponent may be, one is expected to be made soon, and according to FOX Sports it’s most likely a rematch with Stockton native Nate Diaz at UFC 202.