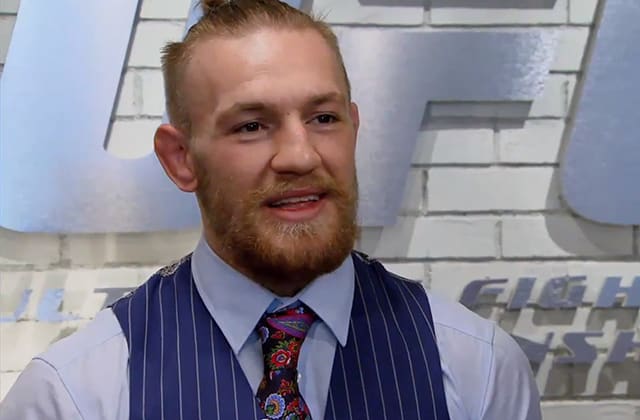 Another Conor McGregor prediction has come true, kinda, as TJ Dillashaw sensationally announced his split from Team Alpha Male in Sacramento, CA. ”Killashaw’ dropped the bomb that he’d be leaving Urijah Faber and his long time team in California for Duane Ludwig‘s Elevation Fight Team in Denver, Colorado. One memorable moment from Faber and McGregor’s stint on TUF (The Ultimate Fighter 22) included an interview where ‘The Notorious’ warned ‘The California Kid’ about Dillashaw stabbing him in the back.

The irony is clearly not lost on the current interim featherweight boss, who took to Twitter to get some ‘I told you so’s’ in there:

He’s stated that the split won’t mean a complete disconnection from the team that helped him capture the bantamweight title from Renan Barao, but Dillashaw’s camp switch is huge nonetheless. The rift that has rapidly built up between Duane Ludwig and top Alpha Male Urijah Faber has seen crazy accusations flung from both sides, and now TJ has made his allegiance clear.

Will there be the long awaited showdown between Faber and Dillashaw? Quite possibly.