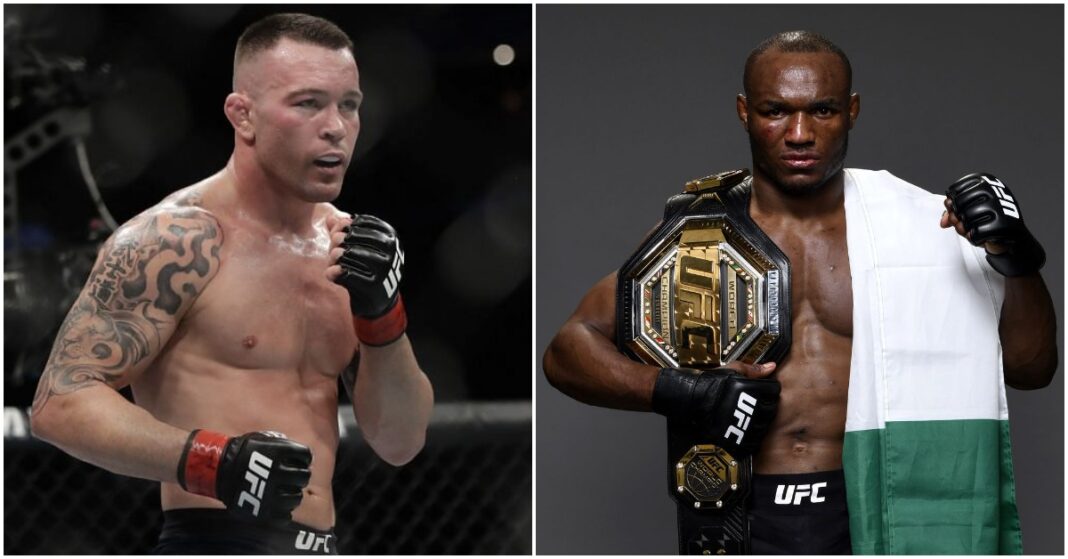 The #1 Ranked welterweight Colby Covington is looking ahead to a third matchup with current division champion Kamaru Usman given he can get past Jorge Masvidal at UFC 272.

Covington and former best friend Masvidal will headline UFC 272 on March 5th and ‘Chaos’ will be hoping a victory here will secure him another shot at the title.

“It puts me right back in line to get another fight with Usman,” said during the UFC 270 weigh-in show.

“The people saw in Madison Square Garden and New York City what happened in that fight. I easily won three rounds. I think I won four rounds. The only round he clearly won was the second. I won the first, the third, the fourth and the fifth, so the people saw that. They want that fight again.”

“There’s no one that’s on his level that can compete with him like I can, so this fight needs to happen again. There needs to be a trilogy because he hasn’t proved that he’s the better fighter. He hasn’t proved that he’s the best welterweight in the world, and there’s still unfinished business there. So I think after I finish Jorge Masvidal on March 5, it puts me right back in line to get my title shot.”

Usman stopped Covington late in the 5th round in their first matchup at UFC 245, the American fighter would then fall short at his second attempt at UFC 268 this time losing via decision.

Colby Covington will have to wait to find out what his options are following his matchup with Masvidal. Leon Edwards was declared as the number one contender and a date is still yet to be set for the British fighter to have his shot at welterweight gold.

Covington will be looking to settle another rivalry if he is unable to get the title shot, this time with Dustin Poirier.

“That’s a fight that needs to happen after this. That’s another personal grudge match. We’ve got a long history training together. He used to talk sh*t saying it was on sight. He was going to the owner of American Top Team, and he was crying to him up in his feelings to this billionaire, ‘Oh, Colby’s so mean. He said some mean things about me in the media. Kick him out. Do something. Don’t let him train at our gym.’ So that fight needs to happen.

“He said to the media it’s on sight. I’m holding people accountable for all these fake news that they’re saying in the media.” (Transcribed by MMAJunkie.com)

Who do you think will win at UFC 272 Jorge Masvidal or Colby Covington?