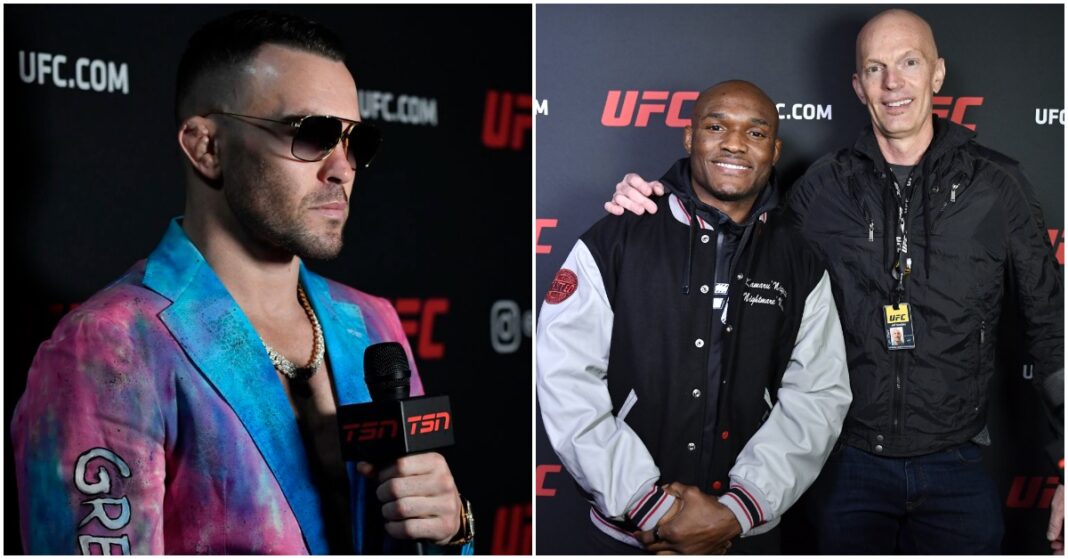 Colby Covington has explained how Kamaru Usman is able to cheat USADA drug testing after the welterweight champion was rewarded for coming back clean on 50 occasions.

Ahead of UFC 268, ‘The Nigerian Nightmare’ was presented with a commemorative jacket by UFC Senior VP of Athlete Health and Performance, Jeff Novitzky

The official UFC Twitter page gave props to Usman for his achievement.

“Congrats to @Usman84kg on a 5️⃣0️⃣x perfect test history under the USADA program, and becoming the first UFC athlete to reach that mark fighting his/her entire UFC career under the program.”

Soon after, Covington had an interview with BT Sport and explained how “The CEO of EPO” has been able to consistently pass his drug tests.

“My immediate reaction is that he is ahead of the curve. He has a brother for a doctor, and they’re able to mask the drugs in his system,” Covington said. “Everybody knows Barry Bonds was doing steroids his whole career, but he never got caught because he was ahead of the curve. It is the same thing for Marty.”

‘Chaos’ will get his chance to punish the man he believes to be a cheater later tonight at UFC 268. The 170lb duo will square off in the main event of perhaps the biggest card of 2021 which will take place in perhaps the most iconic sports arena in the world – Madison Square Garden.

Do you think Colby Covington could be right about Kamaru Usman being ahead of the curve when it comes to drug tests?