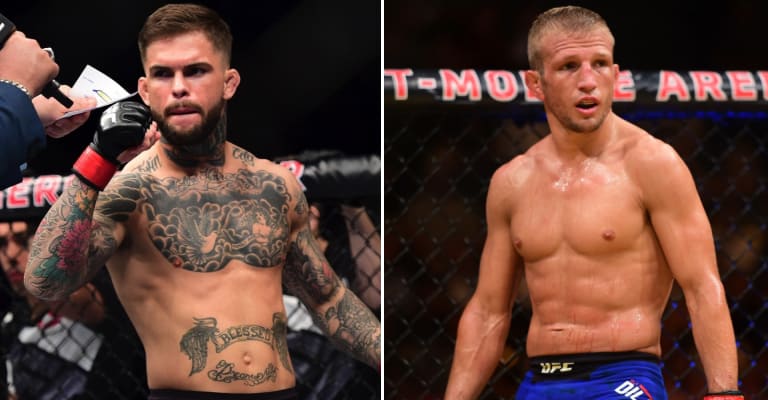 Cody Garbrandt and TJ Dillashaw once again have a date for their highly anticipated bantamweight title fight.

On today’s (Aug. 17, 2017) edition of UFC Tonight, it was announced that Garbrandt will put his 135-pound title on the line against former teammate turned bitter rival Dillashaw at UFC 217, which is set to take place on Nov. 4, 2017 live on pay-per-view (PPV) from the famed Madison Square Garden in New York City.

Garbrandt is coming off of a brilliant one-sided decision victory over Dominick Cruz at UFC 207 last December, but he hasn’t competed since. He was scheduled to meet Dillashaw at UFC 213 last month, but he was forced to withdraw due to a back injury. The Team Alpha Male staple possesses a perfect 11-0 professional record, with 9 of those victories coming by way of stoppage.

Dillashaw, on the other hand, lost the bantamweight title to Cruz via split-decision in January 2016, but he has since bounced back with back-to-back victories over the likes of Raphael Assuncao and John Lineker.

After Garbrandt withdrew from their scheduled bout last month, Dillashaw campaigned for a flyweight title fight with Demetrious Johnson, but he will indeed remain at 135 pounds.