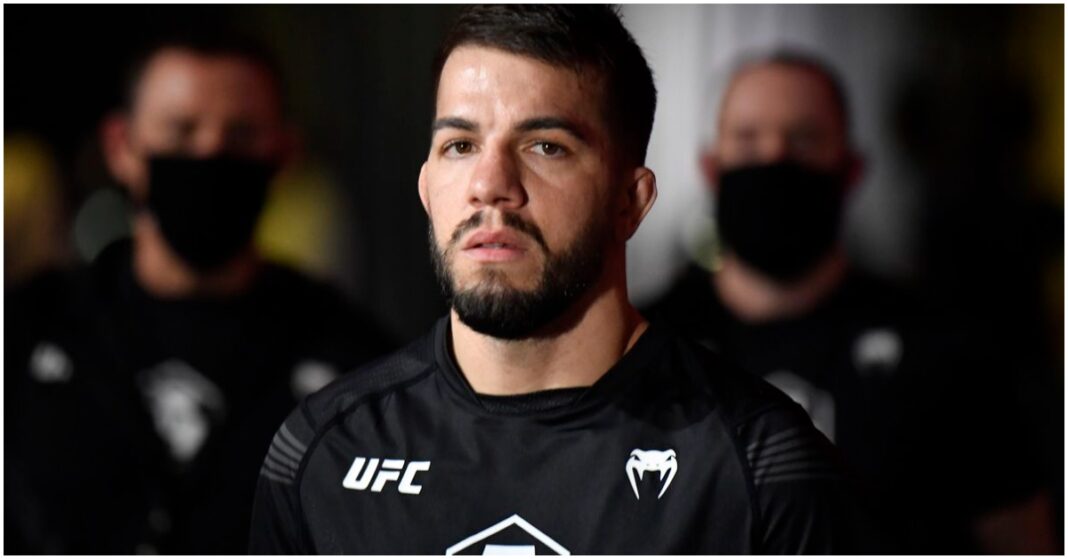 Cody Durden has apologized for a comment he made during his post-fight interview with Daniel Cormier at UFC Vegas 43.

The flyweight fighter went all three rounds with his Chinese opponent Aori Qileng before ultimately taking home a unanimous decision win, but it was Durden’s post-fight speech and not his fighting that has garnered attention.

Former dual-weight champion, Cormier, entered the cage post-fight and asked Durden if the fight had played out as expected.

“I knew he was gonna be tough, but I had to send him back to China where he came from,” Durden replied.

The comment was met by a few boos from the mostly silent crowd.

Things got awkward when the UFC broadcast was tossed back to Brendan Fitzgerald.

“All right, Cody Durden, um, statement made I guess?” Fitzgerald said. “Victory in the octagon most importantly for this flyweight from Georgia.”

Cormier didn’t bother asking any follow-up questions and explained why to his fellow commentator when he returned to the desk.

“Fitzy, I was watching the highlights as he said that, so you know, you say that, I take the microphone, Fitzy,” Cormier said. “I have nothing else to do there.” (Transcribed by MMA Junkie)

After initially doubling down on his comment during the UFC Vegas 43 post-fight press conference, Durden took to Twitter to explain his comment and apologize if he had offended anyone.

“Listen, the guy was disrespectful, and wouldn’t shake my hand at the weigh ins,” Durden wrote. “After beating him, I simply meant he could go home wherever that may have been. I apologize if I offended anyone, that certainly was not my intention!! I love you all! See you at the top.”

What did you make of Cody Durden’s post-fight comments?