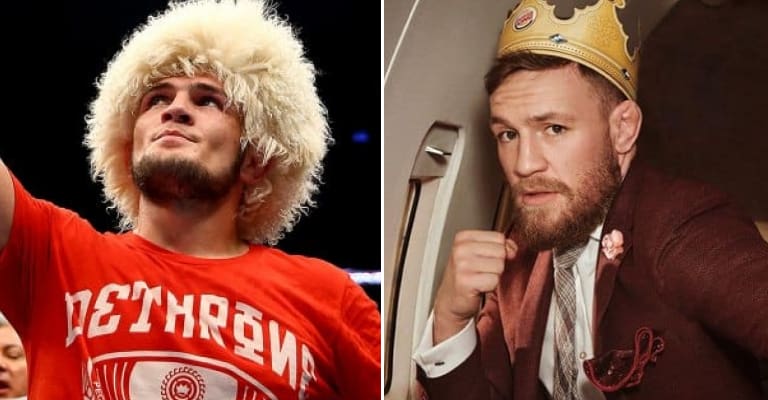 The hottest topics in mixed martial arts remain when and against whom former UFC featherweight and lightweight champion Conor McGregor will return.

We haven’t heard much if any, concrete evidence about when the outspoken Irish star will indeed come back to the sport that made him if he ever does. What we have seen, however, is a disturbing series of outside-the-cage incidents ending with his latest and most serious outburst earlier this month when he threw a metal dolly through a bus containing Khabib Nurmagomedov before UFC 223, landing him in jail overnight with his next court date set for June 14.

So he may or may not return, and it may or may not be put off even longer by his disgusting act that forced three fights off of the Brooklyn, N.Y.-based PPV. If and when he does, a high-profile match-up with current lightweight champion Khabib Nurmagomedov feels like a no-brainer as it would obviously be one of if not the most lucrative fight in MMA history.

According to McGregor’s striking coach Owen Roddy during his interview with the BBC MMA Show (via SportsJoe.ie), the Irish star truly wants to head into hostile territory and face Nurmagomedov on his home soil after training like Rocky Balboa in Siberia:

“Conor’s a mad thing. He’s very funny. He turned around to me and he’s like, ‘There’s talk of me fighting Khabib. I might do it in Russia’.

“And he’s like, ‘You know what we’ll do? We’ll do it like Rocky, we’ll go to Siberia. We’ll train in the snow and I’ll get one of those yokes that you put on your shoulders to get the lats’.”

It may seem like another one of McGregor’s longtime coaches offering some sound bytes to the media about his next conquest, and to some degree, it may be.

Yet Roddy insisted McGregor had his mind made up and was just crazy enough to fight ‘The Eagle’ in Russia:

“But that’s it. He could go. Conor does mad things, and that’s what we love him for. There’s not many people who would do that but Conor’s like, ‘I’ll go to Russia and fight you in your back garden just to prove who I am’.”