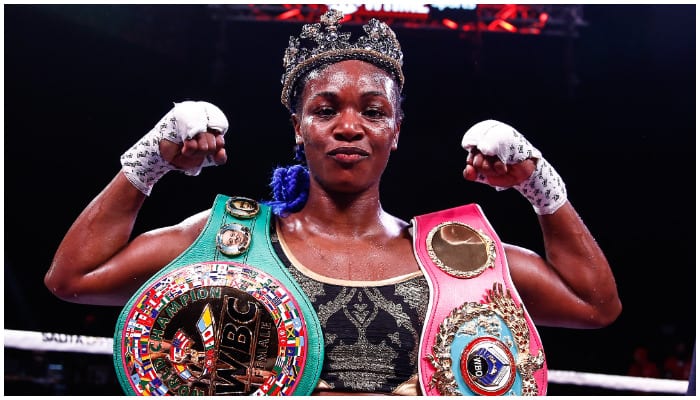 Claressa Shields has labelled boxing a “sexist” sport after confirming her plans to compete in Mixed Martial Arts in 2021.

Earlier this week it was revealed the undisputed middleweight champion would be transitioning from boxing to MMA when she inked a deal with Professional Fighters League (PFL). The 10-0 boxer is the second high-profile PFL signing in quick succession after the promotion snapped up former UFC heavyweight champion Fabricio Werdum recently. Shields revealed she plans to compete in boxing and MMA next year.

In an interview with MMA Junkie, Shields addressed the state of women’s boxing in the USA and expressed her view that female fighters are being overlooked for less talented and less popular male boxers.

“Here in America, women’s boxing really had a large flame where many of us were fighting on television and some big fights would get made. Women’s boxing here in the U.S. has gone down,” Shields said. “The women have been put on a back burner for male fighters who haven’t accomplished anything. They’ve been given dates and pay-per-views, and the women have been sitting around with these networks trying to line up a date.

“On the flip side, in the U.K., women’s boxing is doing very well because Eddie Hearn and DAZN are putting their work behind Katie Taylor and Natasha Jonas,” Shields added. “They have come a long way. Right now, I’m here to hold the networks accountable. They say women can’t sell pay-per-view buys, and they give up. But they’ll put somebody with less of a following on pay-per-view.”

Several pay-per-view stars have emerged in MMA and Shields believes there is a simple reason why it’s not the same in boxing.

“I feel like they’re just sexist, and that they’re intimidated by insanely strong women,” Shields said. “But it’s like that in all sports. Women can box. Women can mostly do everything that men can. I think you have to hold the networks accountable. They’re the ones who make the decisions on who is and isn’t on television.”

Do you agree with Claressa Shields? Is boxing more sexist than MMA?